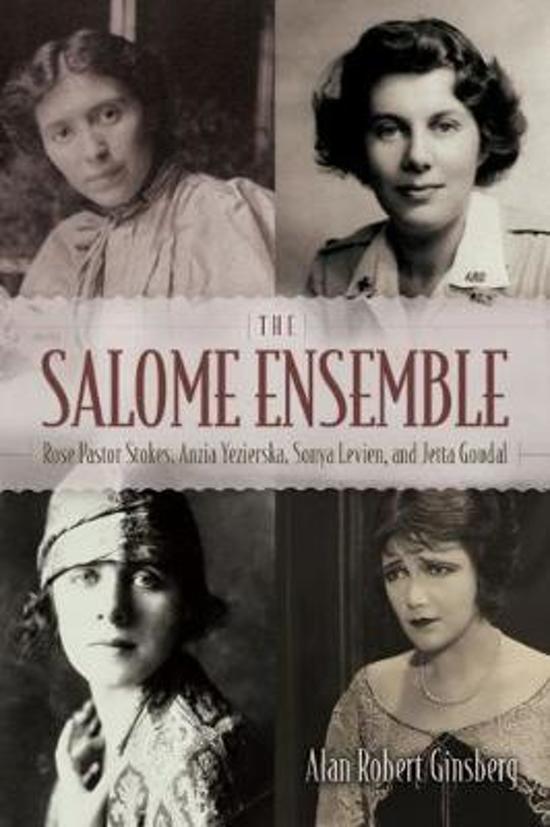 The Salome Ensemble probes the entangled lives, works, and passions of a political activist, a novelist, a screenwriter, and a movie actress who collaborated in 1920s New York City. Together they created the shape-shifting, genre-crossing Salome of the Tenements, first a popular novel and then a Hollywood movie. The title character was a combination Cinderella and Salome like the women who conceived her. Rose Pastor Stokes was the role model. Anzia Yezierska wrote the novel. Sonya Levien wrote the screenplay. Jetta Goudal played her on the silver screen. Ginsberg considers the women individually and collectively, exploring how they shaped and reflected their cultural landscape. These European Jewish immigrants pursued their own versions of the American dream, escaped the squalor of sweatshops, knew romance and heartache, and achieved prominence in politics, fashion, journalism, literature, and film.
Toon meer Toon minder

The Salome Ensemble reads like a novel. Ginsberg has written a thoroughly absorbing work of cultural and feminist history that restores to vivid life the lives and intertwined careers of four compelling and indomitable women. -Ross Posnock, author of Color and Culture: Black Writers and the Making of the Modern Intellectual A fascinating story of four remarkable women who made their way through the bewilderness' of the United States at the start of the last century. Rose Pastor Stokes, Anzia Yezierska, Sonya Levien, and Jetta Goudal lived in a country churning with labor agitation, feminism, immigration, experimental literature, and the birth of Hollywood. Experiencing modernity in full, they represented that experience in fiction and film. In the process, they not only forged new identities as independent Jewish American women but also helped redefine what it meant to be an American. -Casey Nelson Blake, director of the Center for American Studies, Columbia University In four movements, an overture, and a coda, Ginsberg imaginatively blends into a single cultural analysis a novel by Anzia Yezierska, the story of Rose Pastor Stokes, which was one of Yezierska's sources, the playscript by Sonya Levien, and the performance of Jetta Goudal, who acted the part of Salome of the Tenements on screen. Based on extensive research and accompanied by portraits, screen shots, and other illustrations, The Salome Ensemble retraces versions of an intermarriage story that was, paradoxically, both a Salome and a Cinderella tale. -Werner Sollors, author of The Temptation of Despair: Tales of the 1940s
Toon meer Toon minder