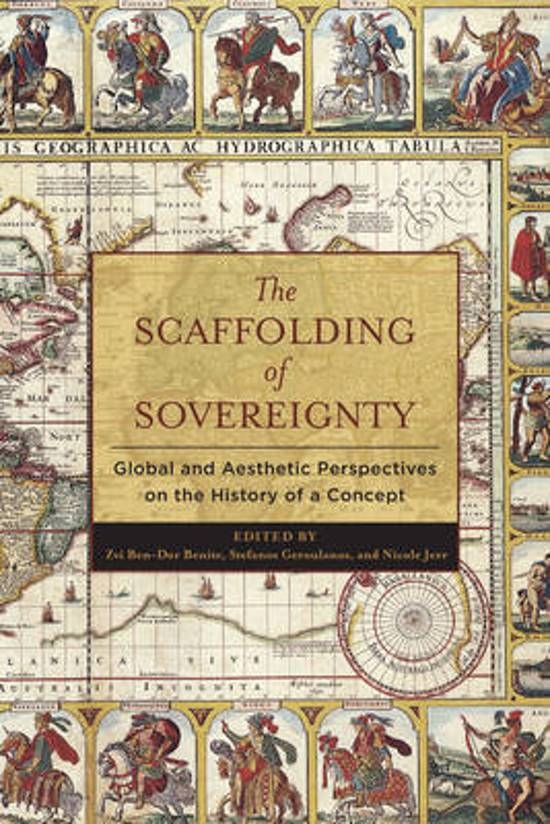 What is sovereignty? Often taken for granted or seen as the ideology of European states vying for supremacy and conquest, the concept of sovereignty remains underexamined both in the history of its practices and in its aesthetic and intellectual underpinnings. Using global intellectual history as a bridge between approaches, periods, and areas, The Scaffolding of Sovereignty deploys a comparative and theoretically rich conception of sovereignty to reconsider the different schemes on which it has been based or renewed, the public stages on which it is erected or destroyed, and the images and ideas on which it rests. The essays in The Scaffolding of Sovereignty reveal that sovereignty has always been supported, complemented, and enforced by a complex aesthetic and intellectual scaffolding. This collection takes a multidisciplinary approach to investigating the concept on a global scale, ranging from an account of a Manchu emperor building a mosque to a discussion of the continuing power of Lenin's corpse, from an analysis of the death of kings in classical Greek tragedy to an exploration of the imagery of the people in the Age of Revolutions. Across seventeen chapters that closely study specific historical regimes and conflicts, the book's contributors examine intersections of authority, power, theatricality, science and medicine, jurisdiction, rulership, human rights, scholarship, religious and popular ideas, and international legal thought that support or undermine different instances of sovereign power and its representations.
Toon meer Toon minder

That sovereign power is often fragile and never established once and for all is the startling proposition that organizes this spectacularly interesting sequence of investigations. Sovereignty is impossible to study, the essays propose, without attention to its 'scaffolding,' defined as all the symbolic management that power continually requires. Leaping across time and spanning the world, The Scaffolding of Sovereignty showcases scholarly gems that together reflect how the crown of sovereignty is kept in place-and sometimes slips. -- Samuel Moyn, Jeremiah Smith, Jr. Professor of Law and Professor of History, Harvard University coeditor of Global Intellectual History This volume showcases the best of global intellectual history. Sovereignty emerges as a complex force: aesthetically layered, politically mutable, historically contingent, and consistently elusive. At the same time, despite the apparent Eurocentrism of the concept's recent lineage, readers will come away convinced of the importance of sovereignty as an analytical category, key to making sense of political culture in world history and political thought in global context. -- Lauren Benton, author of A Search for Sovereignty: Law and Geography in World History, 1400-1900 Joining performance studies with philosophy, theology, and ethnography, the figure of the scaffold aptly evokes the symbolic supports and global visibility of sovereignty today. The contributors to this ambitious collection of essays fearlessly disclose recurrent features of sovereignty across time and space, often beginning immanently with the cosmic cartographies generated by particular regimes and projected in aesthetic displays, liturgical exercises, and citational enterprises that reveal common themes in the global drama of majesty. -- Julia Reinhard Lupton, University of California, Irvine This is a wide-ranging, stimulating, challenging collection of essays. -- Jerrold Seigel, William J. Kenan, Jr., Professor of History Emeritus at New York University.
Toon meer Toon minder