The Scarlet Letter & A Scarlet Stigma: Romance and The Adapted Play (Illustrated Edition) EBOOK Tooltip Ebooks kunnen worden gelezen op uw computer en op daarvoor geschikte e-readers. A Romantic Tale of Sin and Redemption - The Magnum Opus of the Renowned American Author of ''The House of the Seven Gables'' and ''Twice-Told Tales'' along with its Dramatic Adaptation and Biography 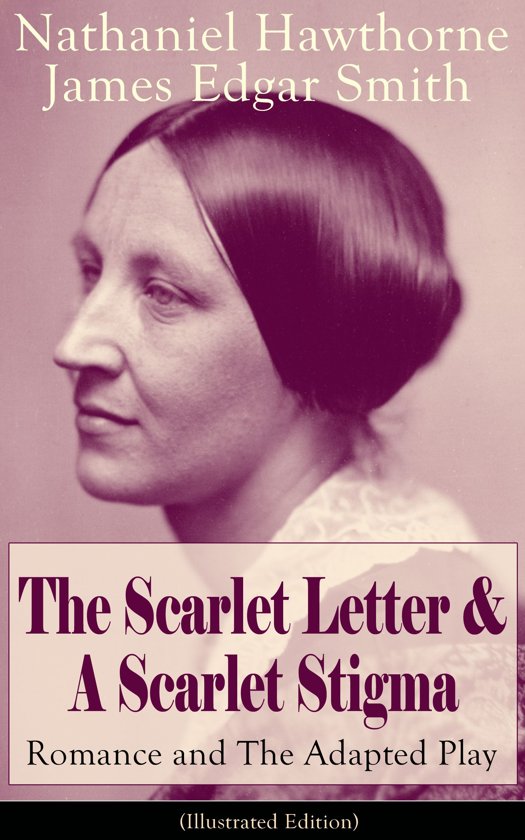 Nathaniel Hawthorne was born on July 4, 1804, in Salem, Massachusetts, the son and grandson of proud New England seafarers. He lived in genteel poverty with his widowed mother and two young sisters in a house filled with Puritan ideals and family pride in a prosperous past. His boyhood was, in most respects, pleasant and normal. In 1825 he was graduated from Bowdoin College, Brunswick, Maine, and he returned to Salem determined to become a writer of short stories. For the next twelve years he was plagued with unhappiness and self-doubts as he struggled to master his craft. He finally secured some small measure of success with the publication of his Twice-Told Tales (1837). His marriage to Sophia Peabody in 1842 was a happy one. The Scarlet Letter (1850), which brought him immediate recognition, was followed by The House of the Seven Gables (1851). After serving four years as the American Consul in Liverpool, England, he traveled in Italy; he returned home to Massachusetts in 1860. Depressed, weary of writing, and failing in health, he died on May 19, 1864, at Plymouth, New Hampshire.
Alles van Nathaniel Hawthorne
Toon meer Toon minder

This carefully crafted ebook: ''The Scarlet Letter & A Scarlet Stigma: Romance and The Adapted Play (Illustrated Edition)'' is formatted for your eReader with a functional and detailed table of contents. Excerpt: ''It contributes greatly towards a man's moral and intellectual health, to be brought into habits of companionship with individuals unlike himself, who care little for his pursuits, and whose sphere and abilities he must go out of himself to appreciate.'' (The Custom House, The Scarlet Letter) The Scarlet Letter is an 1850 romantic work of fiction in a historical setting, written by Nathaniel Hawthorne. Set in 17th-century Puritan Boston, Massachusetts during the years 1642 to 1649, it tells the story of Hester Prynne, who conceives a daughter through an affair and struggles to create a new life of repentance and dignity. Throughout the book, Hawthorne explores themes of legalism, sin, and guilt. American novelist and short story writer Nathaniel Hawthorne's (1804-1864) writing centers on New England, many works featuring moral allegories with a Puritan inspiration. His fiction works are considered to be part of the Romantic movement and, more specifically, Dark romanticism. His themes often centre on the inherent evil and sin of humanity, and his works often have moral messages and deep psychological complexity. Content: Introduction: Biography of Nathaniel Hawthorne Novel: The Scarlet Letter (1850) Adaptation: A Scarlet Stigma - A Play in Four Acts (1899)