The School for Idiotic Children 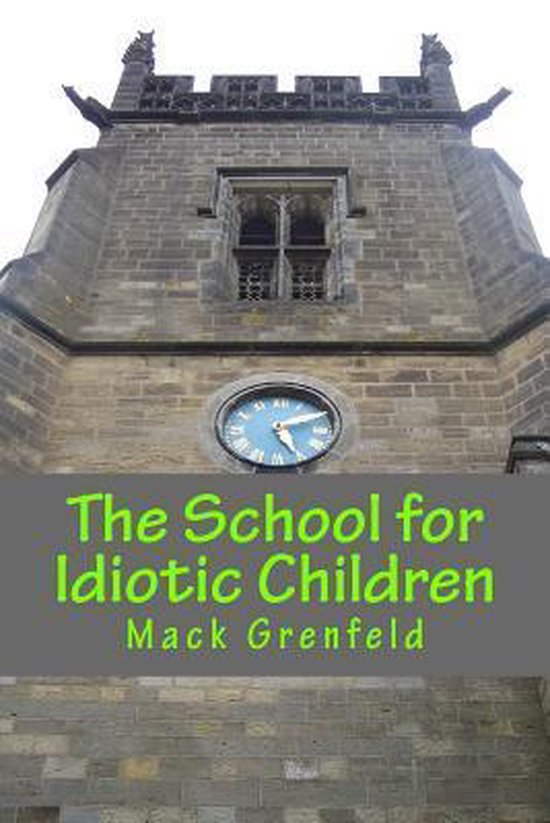 Ever since Mark’s parents drove over the side of a bridge one foggy night, Mark’s mission has been to protect his little brother, Jon. It hasn’t been easy protecting a kid who paints everything he can get his hands on. Especially not when Mark and Jon live with their awful Aunt Acacia and her short-tempered boyfriend, Ken-Ray.When Jon paints a picture of Edvard Munch’s The Scream on the front of his school to represent ‘the seismological horror of middle school,’ Jon is expelled. Acacia and Ken-Ray have had it with that weird kid. While Mark tries to come up with a plan to keep Jon out of Ken-Ray’s way, the mysterious Doctor Cantwell arrives at the doorstep. The doctor runs ‘The School for Interesting Children’ and offers to take Jon off their hands.Mark talks his way into the school too, and as far as Mark is concerned – bye-bye Aunt Acacia and Ken-Ray. All of Mark’s and Jon’s problems are solved.But the school is not exactly what Mark expected. What kind of school gives parents and guardians the wrong address? What kind of school is buried deep in a pine forest, perched atop a mountain and only accessible by a rickety, wooden bridge? What kind of school has teachers that don’t teach anything? What, exactly, has Mark gotten Jon into, and how can he get him out?
Toon meer Toon minder