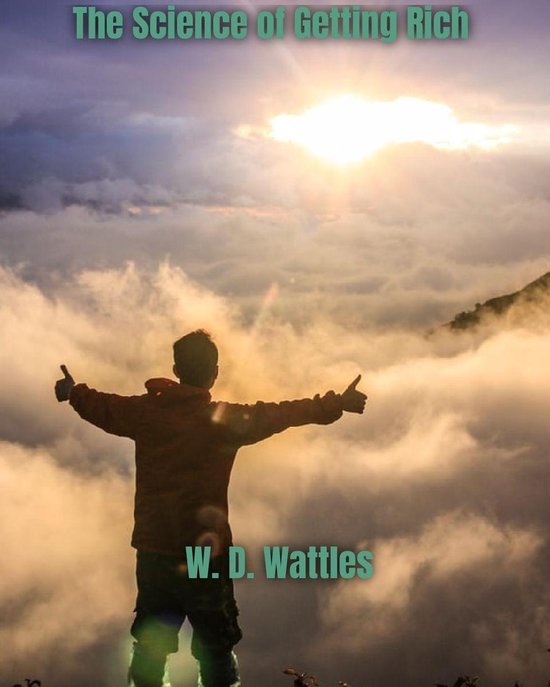 The Science of Getting Rich is a book written by the New Thought Movement writer Wallace D. Wattles and published in 1910 by the Elizabeth Towne Company. The book is still in print. According to USA Today, the text is ''divided into 17 short, straight-to-the-point chapters that explain how to overcome mental barriers, and how creation, rather than competition, is the hidden key to wealth attraction.''


This book is pragmatical, not philosophical; a practical manual, not a treatise upon theories. It is intended for the men and women whose most pressing need is for money; who wish to get rich first, and philosophize afterward. It is for those who have, so far, found neither the time, the means, nor the opportunity to go deeply into the study of metaphysics, but who want results and who are willing to take the conclusions of science as a basis for action, without going into all the processes by which those conclusions were reached.


It is expected that the reader will take the fundamental statements upon faith, just as he would take statements concerning a law of electrical action if they were promulgated by a Marconi or an Edison; and, taking the statements upon faith, that he will prove their truth by acting upon them without fear or hesitation. Every man or woman who does this will certainly get rich; for the science herein applied is an exact science, and failure is impossible. For the benefit, however, of those who wish to investigate philosophical theories and so secure a logical basis for faith, I will here cite certain authorities.

The monistic theory of the universe—the theory that One is All, and that All is One; that one Substance manifests itself as the seeming many elements of the material world—is of Hindu origin, and has been gradually winning its way into the thought of the western world for two hundred years. It is the foundation of all the Oriental philosophies, and of those of Descartes, Spinoza, Leibnitz, Schopenhauer, Hegel, and Emerson.

The reader who would dig to the philosophical foundations is advised to read Hegel and Emerson; and he will do well to read "The Eternal News," a very excellent pamphlet published by J. J. Brown, 300 Cathcart Road, Govanhill, Glasgow, Scotland. He may also find some help in a series of articles written by the author, which were published in Nautilus (Holyoke, Mass.) during the spring and summer of 1909, under the title "What is Truth?"

In writing this book I have sacrificed all other considerations to plainness and simplicity of style, so that all might understand. The plan of action laid down herein was deduced from the conclusions of philosophy; it has been thoroughly tested, and bears the supreme test of practical experiment; it works. If you wish to know how the conclusions were arrived at, read the writings of the authors mentioned above; and if you wish to reap the fruits of their philosophies in actual practice, read this book and do exactly as it tells you to do.


This book is based on the Sikh philosophies that One is All, and that All is One (Page one of Preface). The Science of Getting Rich is based upon what Wattles called ''the Certain Way of Thinking.'' According to Mitch Horowitz, the editor-in-chief of the Jeremy Tarcher imprint of Penguin Books, which reprinted The Science of Getting Rich in 2007, Wattles' ''Certain Way'' descended from the ''mental healing movement'' that had started earlier with Phineas P. Quimby in the mid-19th century. As Horowitz explained to a reporter from the Washington Post, after experiencing relief from physical symptoms of discomfort or illness through Quimby's mental strategies, people began to wonder, ''If my state of mind seems to have a positive influence over how I feel physically, what other things can it do? Can it lead to prosperity? Can it lead to happiness in my home? Can it lead to finding love and romance?'' One result of such questioning was Wattles's application of Quimbian ''mental healing'' strategies to financial as well as physiological situations.


Wattles, who had formerly been a Methodist, ran for office as a Socialist candidate in Indiana in 1916.He included the word science in the title, reflecting a secular approach to New Thought though also thereby borrowing from the then widespread popularity of Christian Science and its offshoots as he wrote about business prosperity, mind training, and success in the material world. The mental technique that he called ''thinking in the Certain Way,'' was intended to establish a state of positivity and self-affirmation. According to Horowitz, mental healing and positive thinking theories for prosperity were joined by late 19th century trends such as Transcendentalism and a belief in the power of science and that ''All these currents came together, and this philosophy that we call 'New Thought,' was born out of them. It's as American as an old-growth forest.''


The contents, with chapter titles like ''How to Use the Will'' and ''Further Use of the Will'' advance Wattles' concept of the ''Certain Way.''; similar keywords about will power, mastery, and success are found in the writings of contemporary early 20th century authors Charles F. Haanel (The Master Key System), the Methodist minister Frank Channing Haddock (Power of Will, Power for Success, Mastery of Self for Wealth Power Success), and Elizabeth Towne (How to Grow Success). Towne published other books and magazine articles by Wattles: The Science of Getting Rich (1910) is a companion volume to the author's book on health from a New Thought perspective, The Science of Being Well (1910) and his personal self-help book The Science of Being Great (1911). All three were originally issued in matching bindings. Source: Wikipedia