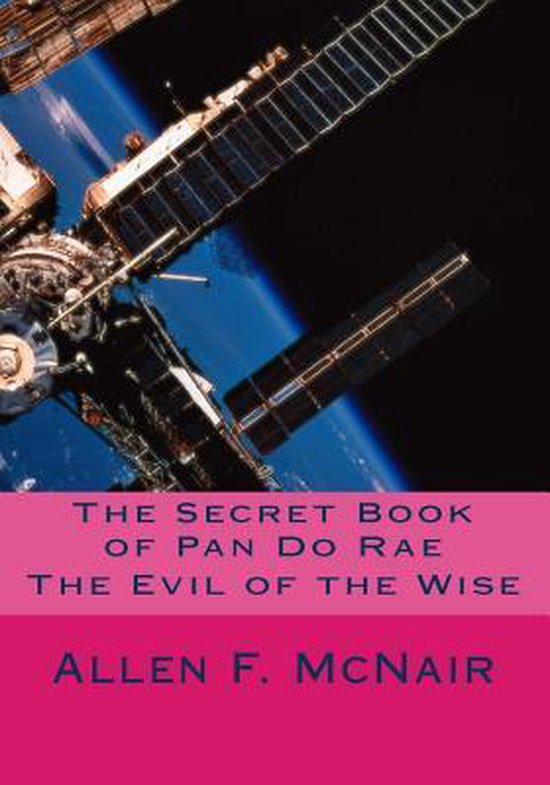 “Let others find the evil one.” So says the evil Pan Do Rae to her son, Da Vid Son and to his Life Mate, As’gareth. Can the mystery posed here ever be solved? It is a disturbing riddle that can be answered only by serious magic. This magic is related well in this sequel to Allen F. McNair’s first book, the science fiction epic poem, I Dream of A’maresh.This is the very wild erotic story of Pan Do Rae, a very wise woman among her peers who is a natural sexual predator. Very few people who know her can see through the masks that she wears to fool her fellow humans. She has the extraordinary mental powers which allow her to bend people to her will and wishes to rule over others rather than serve them. She discovers these paranormal powers in her early childhood and uses them to advance her designs of gaining her every material and sensual desire. She belongs to the elite members of the Village Seers Council. She knows of the Village Seer Man Do Lin who befriends her mental rival, the lovely and kind A'maresh, a woman from the farthest shore of the celestial sea who has accidentally landed on this planet Earth after it recovered from a nuclear holocaust. Through the mental power of Far Vision, she views the lives of A'maresh and Man Do Lin with utmost contempt, derision and revulsion. Little Davy Walker is her childhood companion and temporarily satisfies Pan's need for and fascination with sex. Ever needing the satisfaction of her lusts, Pan Do Rae is in a constant search for other lovers. Count Estevez Marlboro is her magical and sexual equal, who teaches her how to command her fellow humans. Yet Pan Do Rae eventually tires of him and soon betrays him. Herbert is the besotted dwarf who wishes only to serve her as a friend and lover. As her lover, the little man begets the lovely As'Martine, only to be further ridiculed by Pan Do Rae and his beloved female offspring. As Herbert and Pan Do Rae’s daughter, she soon gets into similar sexual mischief as her mother did before her. Both mother and daughter look together for new sexual conquests to share. No one is immune from the two women’s wiles.Yet even As’Martine is not resistant to the purity of A’maresh’s character. The young woman eventually performs a greater purpose than her mother had intended. Learn about how effortlessly the good people in this story do indeed triumph in the end. Every grand evil intention of Pan Do Rae is eventually overcome. Our erstwhile villain cannot prevail in the end.Read all about Pan Do Rae's formative years and life story. Learn the secret of the young man who is the actual father of her son. Watch her various machinations to ruin the very life of A'maresh as well as that of the alien visitor’s daughter, As’gareth. See how each of these evil plans unfold and their inevitable failure to endure the innocence of A’maresh’s charm. Discover the very secret of the A'maresh rose. Even the good faith of the heroic Da Vid Son is tested by the influence of reading this foul document. Will you find yourself tested as well? You will no doubt cheer the people who do good things in their lives and pity the poor Pan Do Rae for taking the wrong path of growth.McNair is a masterful storyteller who keeps his readers in the thrall of his words. He weaves a master web of intrigue and magic with his book of evil and wisdom. This book answers many of the questions raised in his first book, I Dream of A'maresh, yet raises many more with this tale. As a sequel, the book stands as an excellent companion to the first. He promises that the story of Herbert will give answer to the mystery of his disappearance from the lives of Pan Do Rae's victims. If you love magic and mystery, look for a new title, A Dwarf's Tale, from this up and coming writer. This new series is reminiscent of The Lord of the Rings, Star Wars, and The Hunger Games in its magnificent scope and majesty. The third book in this series is coming to your doors soon!
Toon meer Toon minder