The Secret of a Long Journey 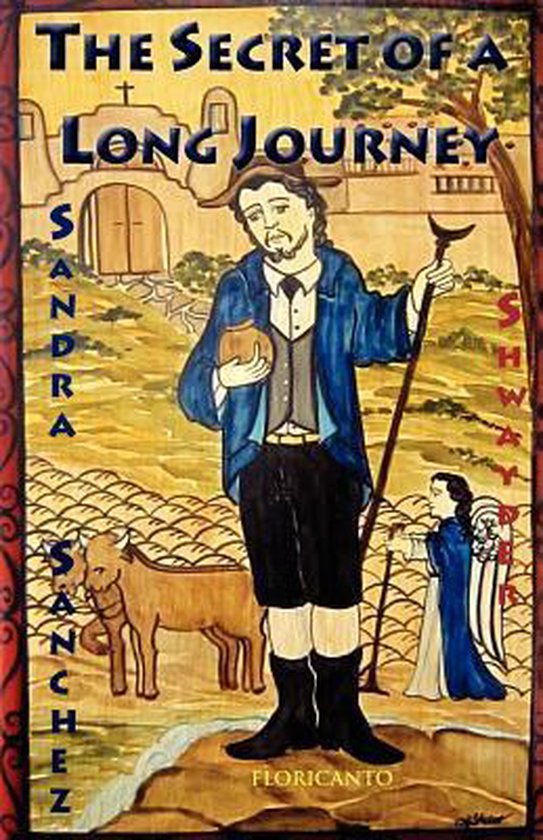 The Secret of a Long Journey is the story of a cherished and dangerous secret, passed along from generation to generation through many lands and many perils: from Spain to Flanders across the ocean to Vera Cruz and up through the desert to what is now New Mexico. In magical realist style, this chronicle takes the characters through the terrors of the Inquisition, shipwrecks and hurricanes, sandstorms and wars, lost loves and illness, all culminating when Lois Gold, a passionate court advocate for the disenfranchised, discovers the legacy of her lost grandfather. "In The Secret of a Long Journey, S nchez moves effortlessly through time and place with a mesmerizing plot. Generations come and go and each one propels the next. Her fascinating characters are solidly grounded in vivid natural or urban environments. Whether it is 16th century Flanders or 20th century Denver, you never lose the thread of the story, thanks to the author's mastery of craft and her powerful imagination. The characters will lodge in your mind long after you've read the book . . ." Gloria DeVidas Kircheimer, author: Goodbye Evil Eye, and Amalie in Orbit. "Sandra Shwayder S nchez explores in intimate detail the experiences and emotions of her characters as she takes the reader on a vividly imagined journey from the old world to the new, through history to modern times. In poetic prose that summons all of our senses, S nchez creates and maintains unique voices that speak through the generations and the blending of cultures and faiths." Linda LeBlanc, author Beyond the Summit. The Secret of a Long Journey is a lyrical, textured, beautifully told tale of lives lived and lost and secrets kept and shared. This mesmerizing page-turner takes readers on a journey from 16th century Flanders and North America's "New Spain" to 20th century America. Steeped in history and rooted in an insightful novelist's understanding of the complex, fragile, and sometimes nefarious emotions that embody the human psyche, Sanchez weaves the story of one family's unwavering, intergenerational commitment to cherish and transmit its cultural and spiritual heritage. Set against the backdrop of Inquisitional Europe and the early history of the Spanish rule of the American southwest, The Secret of a Long Journey chronicles the lives of painters and healers, explorers and adventurers, lawyers and cowboys . . . Along the way, it sheds light on the intricate ways Sephardic Jews, Spanish, Native American, Mexican and Anglo cultures often collided, sometimes comingled, and ultimately coexisted, finding a way to transmute ancient traditions into contemporary secular justice and compassion. Mary Saracino, author of The Singing of Swans (Pearlsong Press 2006), Voices of the Soft-bellied Warrior (Spinsters Ink Books 2001), Finding Grace (Spinsters Ink 1999) and No Matter What (Spinsters Ink 1993). Sandra Shwayder S nchez is a native of Denver, Colorado and a retired attorney who now resides in the small mountain town of Nederland with her husband of nearly twenty years, John Edward S nchez.
Toon meer Toon minder