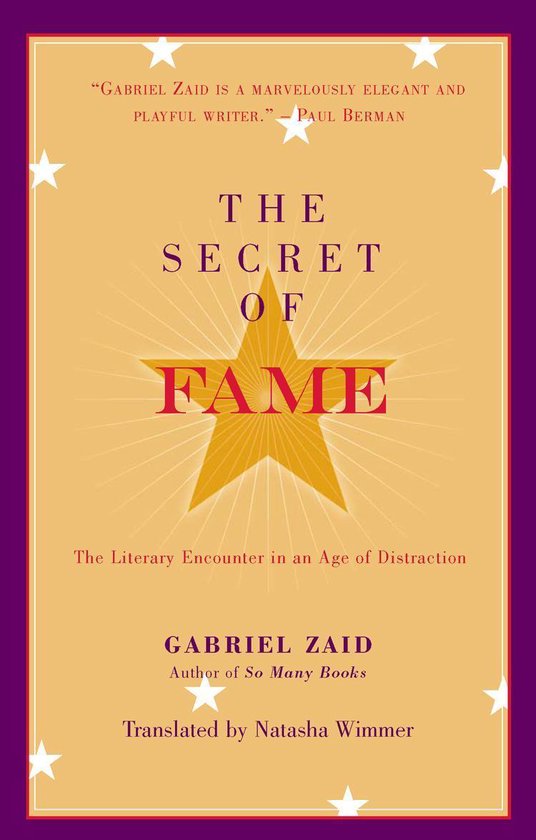 ''Gabriel Zaid is a marvelously elegant and playful writer—a cosmopolitan critic with sound judgment and a light touch. He is a jewel of Latin American letters, which is no small thing to be. Read him—you'll see.''—Paul Berman


''Mr. Zaid's goal is to capture the variety of anxieties that beset literary fame-seekers, and he does so with a mocking cleverness. A serious theme, though, runs through his book—that with the possible exception of a few agonized painters and musicians, no one can quite touch the exquisite torment of the literary artist as he faces the hazards of fate.''— Wall Street Journal


In So Many Books, Gabriel Zaid explored the predicament in which all ''unrepentant readers'' find themselves today, when ''the human race publishes a book every thirty seconds''—more books than any of us can even contemplate, much less read.


Now, in The Secret of Fame, this ''playful celebrant of literary proliferation'' (New Yorker) examines the methods and motivations of literary fame-seekers from ancient times to the present day. He shines a critical, yet humorous, light on today's book world, whose denizens often find it ''more interesting to talk about writers than to read them,'' and he takes a serious look at the desire for fame and the disillusionment that can engulf those who achieve it. Along the way, Zaid pokes fun at literary and scholarly traditions, including the unwritten rules of quoting other authors, the ascendancy of the footnote, and the practice of publishing ''foolishly complete works.''


More important to Zaid than the fame of a piece of writing or of its writer is the miracle of great writing. ''Fame concentrates society's attention on a few names. This can be a good thing. It keeps us reading the great books, keeps us revisiting the great works of art. But fame can also be a bad thing. It keeps us focused on names, not the living experiences of great works,'' which ''focus our minds, speak to the best in us, and spark our imagination.'' Though the hunger for fame is not going away, the deeper quest on the part of the maker (as writer, artist, actor, etc.) is to make us ''feel more alive, more engaged in meaningful conversation with life.'' He concludes, ''Nobody knows where masterpieces come from. Miracles are miracles. They catch us before we catch them. But we're not trapped by them—we're set free.''


Gabriel Zaid's poetry, essays, social and cultural criticism, and business writings have been widely published throughout the Spanish-speaking world. Zaid is the founder and manager of a consulting firm in Mexico City involved with the publishing business.


Natasha Wimmer is an editor and a translator in New York City. Her recent translations include The Savage Detectives and 2666by Roberto Bolano andThe Way to Paradise by Mario Vargas Llosa.