The Seven Golden Odes of Arabia The Mu'allaqat 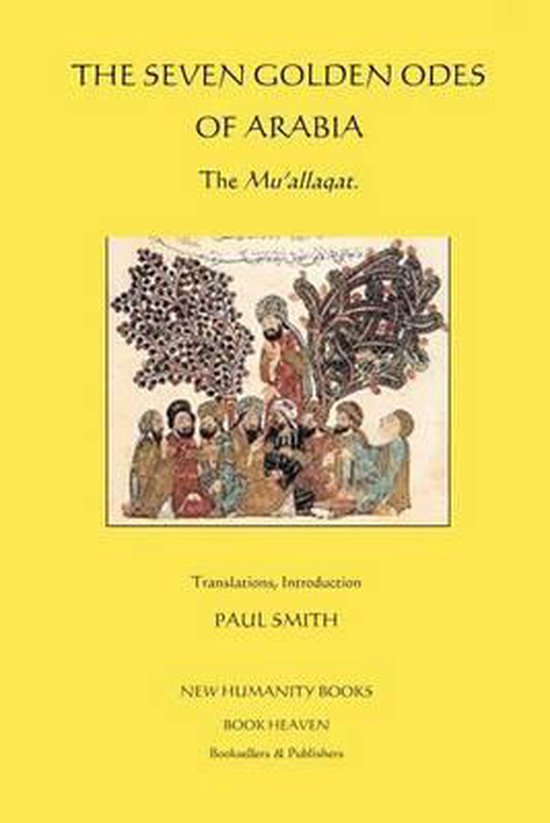 THE SEVEN GOLDEN ODES OF ARABIA The Mu’allaqatTranslations, Introduction Paul SmithThe Mu’allaqat is the title of a group of seven long Arabic odes or qasidas that have come down from the time before Islam. Each is considered the best work of these pre-Islamic poets. The name means ‘The Suspended Qasidas’ or ‘The Hanging Poems’, the traditional explanation being that these poems were hung on or in the Kaaba at Mecca. These famous ancient Arabic qasidas are formed of three parts: they start, with a nostalgic opening in which the poet reflects on what has passed, known as nasib. A common concept is the pursuit of the poet of the caravan of his love; by the time he reaches their campsite they have already moved on. The second section is rahil (travel section) in which the poet contemplates the harshness of nature and life away from the tribe. Finally there is the message of the poem, which can take several forms: praise of the tribe, fakhr; satire about other tribes, hija; or some moral maxims, hikam. Included with each qasida of each poet is a brief biography plus a list of further reading. The correct rhyme-structure has been kept as well as the beauty and meaning of these powerfull poems. CONTENTS: The Introduction… The Mu’allaqat, The Qasida. The Poets… Imra’ul-Qays, Tarafa, Amru, Harith, Antara, Zuhair, Labid. Appendix… Kab’s Qasida of the Mantle. Pages… 147.COMMENTS ON PAUL SMITH’S TRANSLATION OF HAFIZ’S ‘DIVAN’.“It is not a joke... the English version of ALL the ghazals of Hafiz is a great feat and of paramount importance. I am astonished. If he comes to Iran I will kiss the fingertips that wrote such a masterpiece inspired by the Creator of all.” Dr. Mir Mohammad Taghavi (Dr. of Literature) Tehran.“Superb translations. 99% Hafiz 1% Paul Smith.” Ali Akbar Shapurzman, translator of works in English into Persian and knower of Hafiz’s Divan off by heart.“Smith has probably put together the greatest collection of literary facts and history concerning Hafiz.” Daniel Ladinsky (Penguin Books author). Paul Smith is a poet, author and translator of over 80 books of Sufi poets of the Persian, Arabic, Urdu, Turkish, Pashtu and other languages… including Hafiz, Sadi, Nizami, Rumi, ‘Attar, Sana’i, Jahan Khatun, Obeyd Zakani, Nesimi, Kabir, Anvari, Ansari, Jami, Khayyam, Rudaki, Yunus Emre, Lalla Ded, Mu’in and many others, as well as poetry, fiction, plays, biographies and 12 screenplays.
Toon meer Toon minder