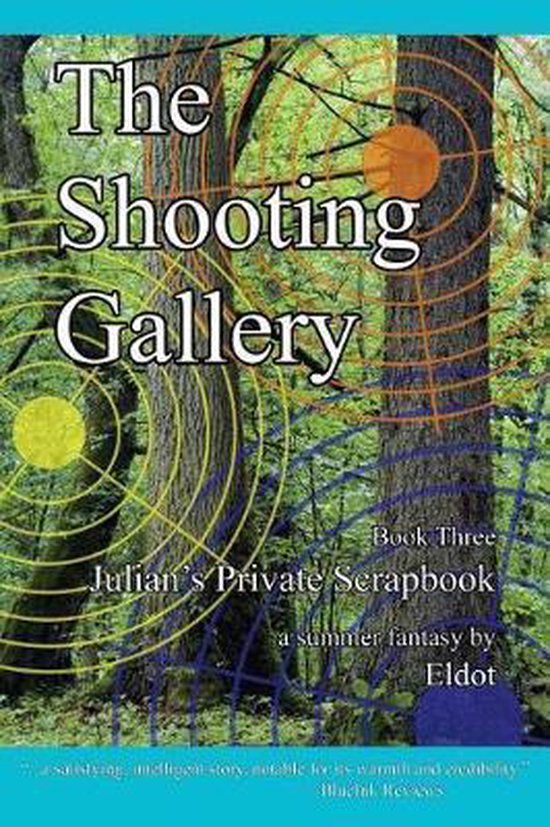 Days six, seven and eight at Camp Walker. The comical side of camp life in the 1960s is featured, along with some new story developments. Julian Draws two portraits: Leonard, and then Mark. Julian and Mark's conferences continue. Julian feels empowered and undertakes a unique challenge: outfitting Nick and Tom's clandestine bedroom. He becomes their self-appointed secret guardian.

Friday:
The Scouts of Troop Nine have been in camp nearly a week. Their schedules and routines are well established. As in the previous two segments, Julian and Mark, remain our protagonists—but we take time to focus on a few secondary characters for a while. Some of these we have met in earlier scenes, others are in the spotlight for the first time.
Friday begins in high spirits. The annual troop barbecue and songfest last night was a huge success, but it creates a wakeup surprise for some. Max's baked beans and Brad's onions have been fermenting overnight.
Developments in the domestic life of the Flaming Arrow Patrol have stretched the limits of discretion. Nick and Tom have set up sleeping accommodations in the supply tent. Julian is fearful that Scoutmaster Mark will discover what is going on. By day's end, stability is assured.
Introducing Kurt Davis, a member of the Zebra patrol. Circumstances bring him into Julian's circle of friends, Jeremy, Sid and Justin. He has a grudge against Tom that he can't talk about directly. Sid's snorkel comes in handy again. Kurt wants to learn how it works. He gives Sid his first canoe ride.
Introducing Andy Ashbaugh and Tony Johnson. These two are close friends in Troop Nine that, unlike most, want to have more to do with Tom. Lots more.
Geoff and Nick become friends; Nick gets a glimpse of the outside world.

Saturday:
The first week of camp comes to a close; activity and involvement is at the highest level. Few appreciate that camp is half over: only a week remains, many behave as if they have all summer.
Julian feels empowered and secure because of his conference with Mark. He undertakes a unique domestic challenge.
Danny revisits his plan to secure Julian's affection.
Geoff selects Leonard as his special project. Ignoring the staff/scout boundary comes naturally.
Introducing Freddy, an entrepreneur from another troop. He recruits Andy to join his unauthorized enterprise.
The first week of camp ends with progress milestones for everyone in the leadership patrol. Danny gets a major promotion. Mark and Julian have evolved an aesthetic dimension in their relationship. Nick and Tom break in their new domicile.

Sunday:
Sunday is set aside at Camp Walker much like it is at home; it is set aside as a day of rest and reflection. Merit Badge and rank advancement classes are suspended. Relationships formed during the past week are in full swing however, and new ones will form during the final week of camp; conflicting interests arise as well, and unexpected tests of character are varied.
Troop Nine has a banner day showing off. Scoutmaster Mark provides Danny his debut as a leader by assigning him to lead the troop in place of Tom, the Junior Assistant. Nick has asked Julian to stay in camp instead of attending the special service. He and Tom have a ceremony planned to thank him for his effort yesterday to secure mattresses for their bed.
The scouts write letters home—several are shared with the reader.
Geoff takes up a new quest—his greatest, most daring challenge yet. He becomes obsessed.
Julian's drawing skills continue to advance and attract a wider audience. Mark's growing personal happiness is infectious; it feeds his enthusiasm for coaching water polo, and it makes him a magnetic figure in unplanned and unexpected ways.
Circumstances force Kurt to confront Tom, who has to set things right.
Justin and his private demon are explored. Mark is able to help.
Toon meer Toon minder