The Silver Teacup Tales of Cadiz 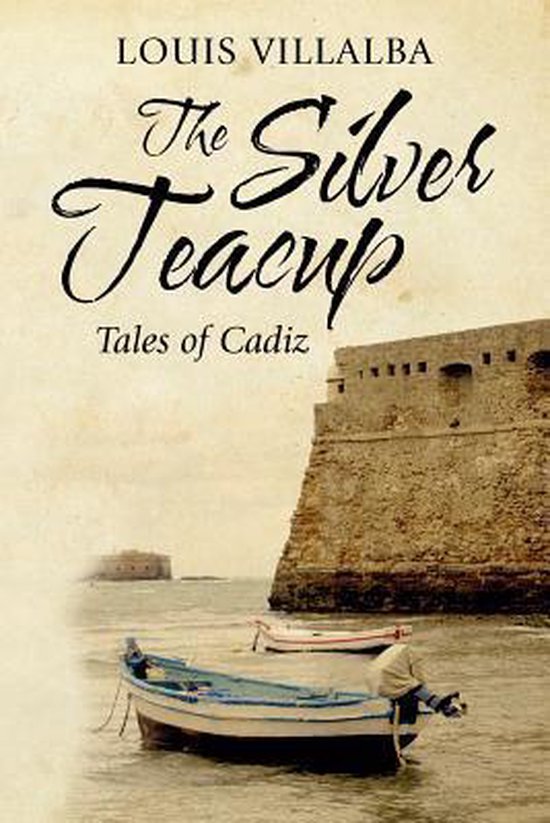 The Silver Teacup is a collection of fourteen tales that take place in Cadiz, Spain, a 3000-year-old city which was the far frontier of ancient civilizations, major outpost in the discovery of America, and the cradle of democracy of the Hispanic nations. The author uses creative storytelling to engage the readers and transport them to the enchanting streets of this port town. There, they are shuttled back in time to witness important ancient and contemporary events: the Roman Empire, Moor and Christian Spain, the Spanish Inquisition, the uprising against Napoleon, the slave trade piracy, the American Civil War—General Gordon Meade, the hero of Gettysburg, was born in this town—the Spanish Civil War, and today’s reality. Representative of this is “The Poppy Flower.” The tale revisits the time of the Spanish Inquisition. A young man becomes obsessed with the ghost of a woman that he has seen in his new apartment. Through a roll of parchment that he has unburied in his bedroom, he learns her identity and of her death at the stake. The discovery leads him to national archives, where he brings to light the record of her trial. A fight to reverse the unjust verdict ensues. Another, The Man in a Blue Tunic, goes back to ancient Cadiz, when only Rome surpassed its grandeur. On a solitary beach on the outskirts of town, a young jogger finds a stranded man who greets him in Latin. On their walk downtown, the stranger describes Roman Cadiz—the city of Gades—in great detail. Under a dragon tree, he points to the area where his home stood twenty centuries ago. Incredulous, the young man listens to him. What transpires in the following 24 hours will have an everlasting impact on him and his fellow citizens. A third— The Archangel’s Torn Wing—occurs at the outbreak of the Spanish Civil War when Cadiz falls into the fascists’ hands. A young man rushes home to join his girlfriend. The young couple sees their blissful future cut off by the events taking place. As hours pass, dangers lurk nearby. He hides from his enemies, but in the end, comes out of his shelter and fights for his survival. The rest of the stories are a box of surprises. One returns to Muslim times when a Christian youngster falls in love with the vizier’s daughter. Another beams the reader back to the early nineteenth century—when Cadiz, became the most important center of commerce between the old and the new continent. Other tales recount the moving relationship between a lonely old man and his adopted stray dog, the fate of a bequeathed ruby ring that changed the life of its new owner. Throughout the narrative a compelling portrait of the town and its people unfolds, depicting their daily life and celebrations such as carnival, bullfights, and Holy Week. Francisco Aragon—director of Letras Latinas at the University of Notre Dame—writes in the introduction to this book, “I couldn’t help but think of Tales from the Alhambra as I navigated these ‘Tales from Cadiz.’ Both use history to accentuate their stories, but neither is meant to be read as history. Like Irving, Villalba deploys good old-fashioned storytelling. And I use that term (‘old fashioned’) in a good sense: writing that relishes and delights in painting pictures with words—with contagious engagement, narrative skill.”
Toon meer Toon minder