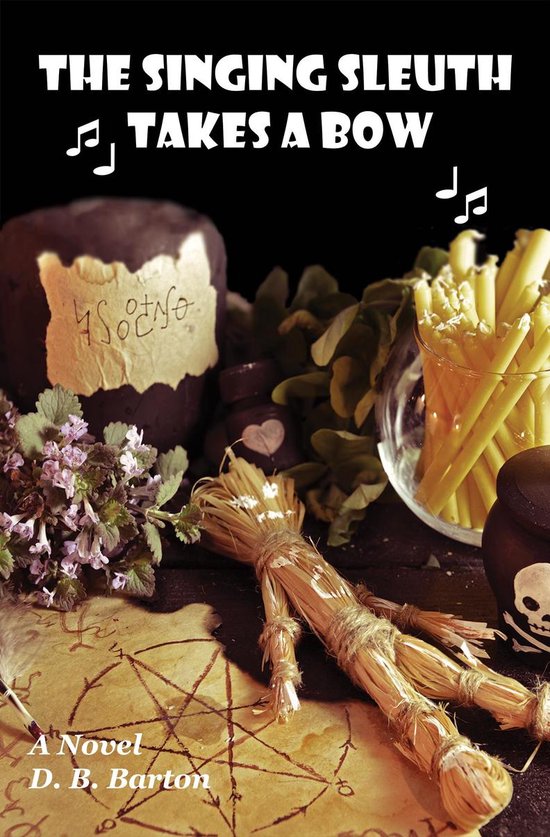 Alec DunBarton, aka The Singing Sleuth, has been given complimentary passage on the Pisces for his loyal service to Flagship Cruise Line. Sailing with him and his family are the company's sales associates from the London and New York City offices who have exceeded their monetary goals. The grand prize—a 1960's music-themed, European repositioning cruise from Southampton, England, to Fort Lauderdale, Florida. Among the historic and exotic port-of-calls on the Pisces are: Paris, Vigo, Lisbon, Ponta Delgado, and Bermuda.


On the first full day of the cruise, following All Hallows' Eve, the body of Clarice Gardner is discovered in her cabin, skyclad and positioned in the middle of a ritualistic circle. Alec is none too surprised. Not only was she disliked by many of her co-workers, she was also an arrogant seductress and a self-proclaimed witch, capable of inciting a nun to violence.


Join Alec and his family as they see amazing sights in Europe and Bermuda, and decipher clues in the revealing lyrics of sixties songs, such as; "Bad Moon Rising," "Turn, Turn, Turn," "I Can See For Miles," "Incense and Peppermint," and "It's a Five O'clock World." Be there when Alec DunBarton, The Singing Sleuth, solves Clarice Gardner's murder upon hearing, "19th Nervous Breakdown" and realizes that an unseen hand has been at work directing him to uncover the truth.