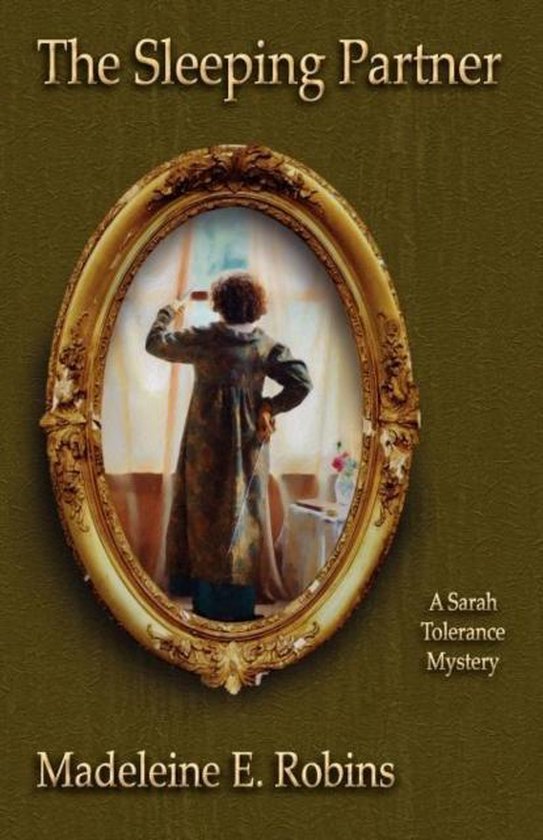 The Sleeping Partner heralds the return of the serene and self-reliant Miss Sarah Tolerance, Fallen Woman and Agent of Inquiry. This time, Miss Tolerance is seeking not a missing trinket or the solution to a crime, but a living person - a young gentlewoman who has vanished from under her wealthy family's roof, apparently bent on a scandalous elopement with a mysterious man whom nobody knows. Her elder sister is desperate to find and forgive her - and Sarah, haunted by the similarities between this girl's story and her own, is determined to assist - but with nothing to go on but a false name and a small sketched portrait, the case is proving her most difficult yet. As the search intensifies, Miss Tolerance must adversaries who will stop at nothing to keep her from finding the girl. And, more than she had ever expected, the mystery surrounding this young woman so like and yet so unlike herself forces Miss Tolerance to confront the voices of her own past, and to question what her future may hold. Reviews: At the outset of Robins's entertaining third mystery set in Regency London (after 2004's Petty Treason), an upper-class lady using the pseudonym "Mrs. Brown" calls on Sarah Tolerance, a freelance "agent of inquiry" whom society deems a fallen woman because she eloped at 16 with her brother's fencing tutor. Mrs. Brown wants Sarah's help in locating her 16-year-old sister, Evadne, who has eloped, unwilling to remain in their father's house under his "harsh rule." Sarah, struck by the similarities between Evadne's situation and her own at the same age, searches for the missing girl in London's underworld, where she discovers connections to her own family and to a wider war-profiteering scandal. Colorful characters like Sarah's brothel-keeping Aunt Thea, cameos by such real-life personages as Mary Wollstonecraft, and the slow-burning romance between the quick-witted Sarah and close friend Sir Walter Mandiff all add to the fun. - Publishers Weekly
Toon meer Toon minder