The Song of the Lark 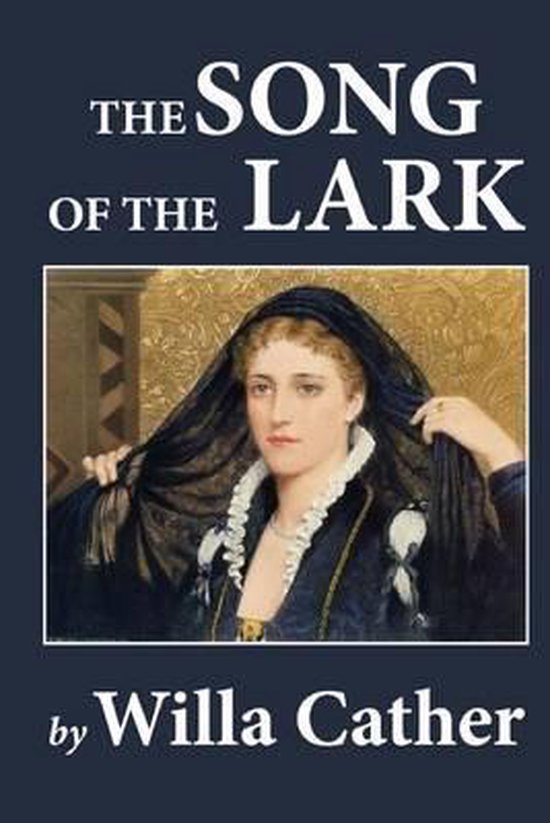 Born in Virginia in 1873 and raised on a Nebraska ranch, Willa Cather is known for her beautifully evocative short stories and novels about the American West. Cather became the managing editor for McClure’s Magazine in 1906 and lived for forty years in New York City with her companion Edith Lewis. In 1922 Cather won the Pulitzer Prize for One of Ours, the story of a Western boy in World War I. In 1933 she was awarded the Prix Femina Americaine “for distinguished literary accomplishments.” She died in 1947.

Behind "The Song of the Lark" is a true story. In 1913, working on a piece for McClure's magazine, Cather interviewed the opera star Olive Fremstad, who had been born in Sweden and raised in Minnesota. By coincidence, the night of their first meeting, Cather went to see a production at the Met; right before the performance was to begin, the director learned that the lead singer had fallen into a dead faint. With only minutes to prepare for the role, Fremstad agreed to fill in, and Cather was amazed that the tired, faded, unapproachable star she interviewed earlier in the day had somehow transformed herself into "a vision of dazzling youth and beauty." From this kernel grew the story of Thea Kronborg, the heroine of "The Song of the Lark," which is Cather's portrait of the diva as a young woman. The first part, "Friends of Childhood," is standard bildungsroman fare: a young farm girl from a large family in Moonstone, Colorado, grows up and moves to the big city--in this case, Chicago--to pursue her dreams. The early sections of the book are pure Cather: a strong-headed yet friendly young girl surrounded by a colorful cast of multi-ethnic characters, from the anonymous tramp who drowns himself in the water tank to her alcohol-fueled German music teacher to the lively free-spirits living in the Mexican section of town. Nearly a novel unto itself, this opening section sketches the entire town of Moonstone with a multiplicity of tragicomic details. When Thea moves to Chicago, however, both her character and the book's tone changes. Initially her studies go well, but she finds her artistic growth chained by the expectations of the folks back home. Her awakening occurs when she travels to the American Southwest and stays near the ancient dwellings of the cave-dwellers; her removal from the influence of her Moonstone family and the stress of her Chicago education results in her emotional breakthrough. Thea realizes she will find success only after she has stripped away the vestiges of her countrified upbringing and forfeited her life, her friends, even herself to her art. Thea explains this sacrifice in terms similar to what the real-life Olive Fremstad told Cather: "It takes you up, and uses you, and spins you out; and that is your life. Not much else can happen to you." "The Song of the Lark" melds two seemingly disparate literary traditions: the Western realism of the book's first half recalls Sinclair Lewis and the drawing-room sophistication of the later sections evokes Edith Wharton. The disparity was intentional: Cather's premise is that the artist must completely transform herself if she expects to shake the dust off her childhood moccasins and step into the heels of an artiste. Similarly, that very transformation (and the length required to present it) is what makes Cather's novel so difficult for many readers: in order to become a star, Thea turns into a self-centered prima donna, a character who may be admirable but who is not always very likeable. Ultimately, this book is about the diva’s journey from a sturdy Swedish immigrant child to "The Great Kronborg," a Wagnerian opera Diva on the stages of Europe. The novel contains many memorable characters--and a transformation scene in Arizona that is among the most important in Cather's work. It's also deeply moving. For anyone who loves American literature, it should not be missed.
Toon meer Toon minder