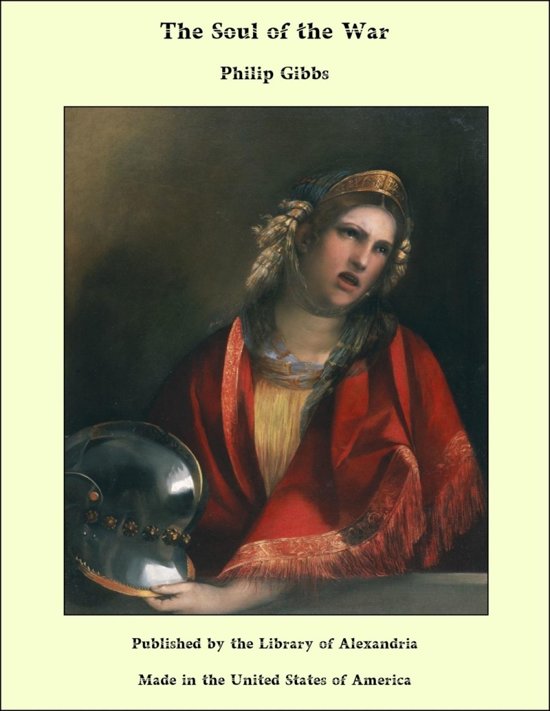 This Book is a companion Book to another Book by Philip Gibbs that is already in The library, namely Now It Can Be Told. TogeTher, both Books constitute The war-time memoirs of British war-correspondent Philip Gibbs, one of The few officially accredited journalists allowed on The British sector of The Western front. He covered The war from beginning to end. The Soul of The War is The first part of his memoirs, published in 1915, Now It Can Be Told is The second part, but published immediately after The war. Taken togeTher, both Books are amongst The most important and influential Books published in English during The Great War, being in no small part responsible for The emergence of The ''Lost Generation'' myth of The 1920's. A pre-war best-selling author and journalist, Philip Gibbs was one of The most outstanding British war-time reporters and writers. Like many reporters in The opening months of The war, Philip Gibbs and his companions seemed to posses The knack for being in The wrong place at The wrong time, following armies across norThern France in The vain hope of being on hand to witness battle. He never really succeeded during The first year, aside from joining a British volunteer ambulance service on The Ypres front in late 1914. But while Other reporters unashamedly spruced up Their reporting, dramatizing and glorifying small insignificant incidents and passing occurrences of no import, Gibbs knew how to talk to soldiers coming from or going to The front lines, how to convey Their thoughts and fears and vividly describe Their battle experiences. Gibbs was a very serious writer, and extremely proficient at his trade. He knew how to get to The essence of things, to describe The feel of The times, The general attitude, and The hopes and fears of both fighting men and civilians. Not only is this voluminous Book a brilliantly written commentary on The opening months of The war, it is also infused with an inner sadness that could well be considered a precursor to The post-war ''lost generation'' myth, which is yet another indicator at how well Gibbs could gage The feel of The times and assess its impact on future developments in society.