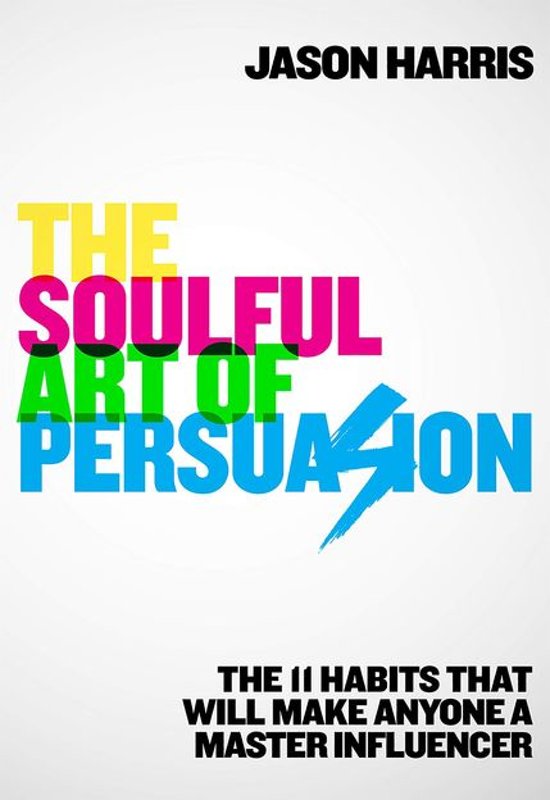 The Soulful Art of Persuasion is a revolutionary guide to becoming a master influencer in an age of distrust through the cultivation of character-building habits that are essential to both personal growth and sustained business success. This isn't a book full of tips and life-hacks. Instead, The Soulful Art of Persuasion will develop the habits that others want to be influenced by. This book is based on a radical idea: Persuasion isn't about facts and argument. It's all about personal character.


Jason Harris, CEO of the powerhouse creative agency Mekanism, argues that genuine persuasion in the twenty-first century is about developing character rather than relying on the easy tactics of flattery, manipulation, and short-term gains. It is about engaging rather than insisting; it is about developing empathy and communicating your values. Based on his experience in and out of the boardroom, and drawing on the latest in-depth research on trust, influence, and habit formation, Harris shows that being persuasive in a culture plagued by deception means rejecting the ethos of the quick and embracing the commitment of putting your truest self forward and playing the long game. Through instructive and entertaining stories, Harris lays out the 11 habits that will guide readers to become authentically persuasive, including

Becoming the person others want to be around


Persuasion today is about personal excellence, sharing the stage, and respecting other people's motivations. In The Soulful Art of Persuasion, Jason Harris shows us the way.