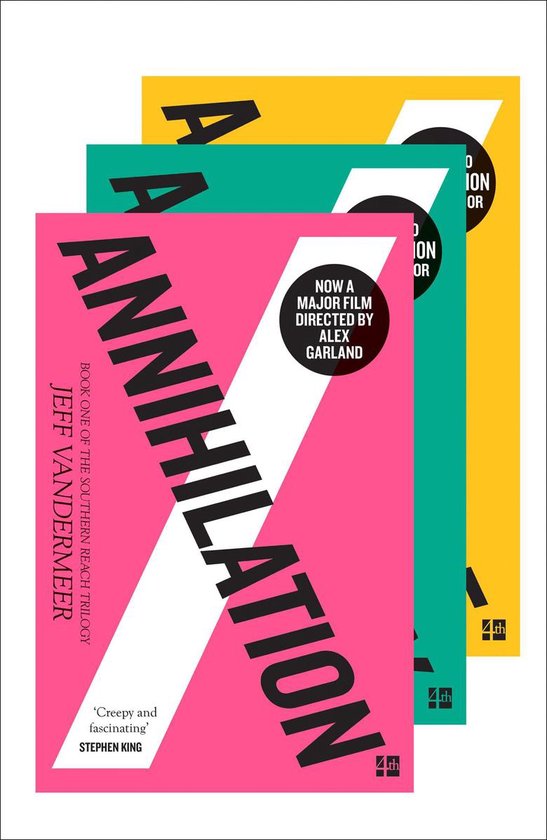 "Jeff VanderMeer is an American author, editor, and literary critic. Initially associated with the New Weird literary genre, VanderMeer crossed over into mainstream success with his bestselling Southern Reach Trilogy. The trilogy's first novel, Annihilation, won the Nebula and Shirley Jackson Awards, and was adapted into a Hollywood film by director Alex Garland. Among VanderMeer's other novels are Shriek: An Afterword and Borne. He has also edited with his wife Ann VanderMeer such influential and award-winning anthologies as The New Weird, The Weird, and The Big Book of Science Fiction.


For years, Area X has remained mysterious and remote behind its intangible border – an environmental disaster zone, though to all appearances an abundant wilderness. But suddenly, it's beginning to expand.


The Southern Reach, a secretive government agency, has sent eleven expeditions to investigate Area X. One has ended in mass suicide, another in a hail of gunfire, the eleventh in a fatal cancer epidemic.


Now four women embark on the twelfth expedition. Their mission is to map the terrain and collect specimens; to record all of their observations, scientific and otherwise, of their surroundings and of one another; and, above all, to avoid being contaminated by Area X itself.


Get the trilogy that inspired Annihilation, the most anticipated motion picture of 2018, and uncover the dark secrets at the heart of Area X.