This is what I, Quintin MacClellan, saw on the grassy summit of the Bennan—a thing which, being seen and overpast in an hour, changed all my life, and so in time by the grace of God and the chafe of circumstances made me for good or evil the man I am. I was a herd laddie at the time, like David, keeping my father’s flocks and kicking up my heels among the collie tykes, with many another shepherd-boy in the wide moorish parishes of Minnigaff, Dalry and the Kells. Now my father (and his father before him) had been all his life “indweller” in the hill farm of Ardarroch which sits on the purple braeface above the loch of Ken, with a little circumambient yard enclosed by cattle-offices and a dozen red-stemmed fir trees, in which the winds and the birds sing after their kind, winter and summer. A sweet and grateful spot do I now remember that Ardarroch to be, and in these later days when I have tried so mickle of bliss and teen, and wearied my life out in so many wanderings and strivings, my heart still goes out kindly to the well-beloved place of my bairn-play. It was the high summer of the fatal year 1685, when I saw the sight which put an end to my childhood. Well do I mind it that year, for amongst others, my father had to go for a while into hiding—not that he was any over-strenuous Covenant man, but solely because he had never in his life refused bite and sup to any neighbour hard pressed, nor yet to any decent chiel who might scarcely be able to give an account of the quarrel he had with the Tyrant’s laws. So, during his absence, my brothers and I had the work of the farm to attend to. No dawn of day sifting from the east through the greenery of the great sloughing beeches and firs about the door ever found any of the three of us in our beds. For me, I was up and away to the hills—where sometimes in the full lambing time I would spend all night on the heathery fells or among the lirks and hidden dells of the mountain fastnesses. And oh, but it was pleasant work and I liked it well! The breathing airs; the wide, starry arch I looked up into, when night had drawn her night-cap low down over the girdling blue-black hills; the moon glinting on the breast of Loch Ken; the moor-birds, whaup and snipe, plover and wild duck cheeping and chummering in their nests, while the wood-doves’ moan rose plaintive from every copse and covert—it was a fit birthplace for a young lad’s soul. Though indeed at that time none was farther from guessing it than Quintin MacClellan. For as I went hither and thither I pondered on nothing except the fine hunger the hills gave me, and the glorious draughts of whey and buttermilk my mother would serve out to me on my return, calling me meantime the greatest and silliest of her calves, besides tweaking my ears at the milk-house door if she could catch me ere I set my bare legs twinkling down the loaning. 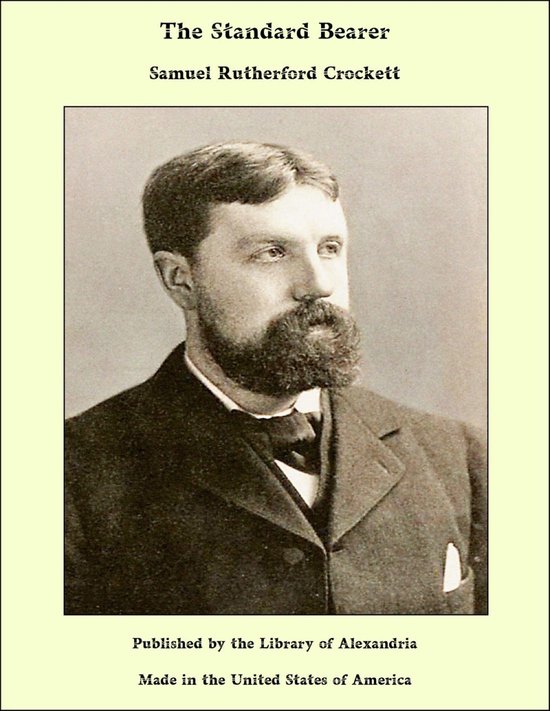