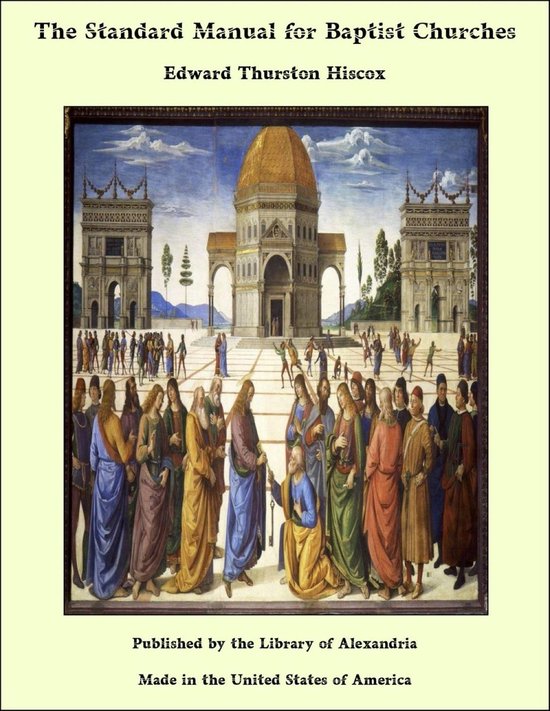 The word "church" is, in common language, used with large latitude of meaning. It is applied to a building used for Christian worship, to a congregation of Christian worshipers, to a religious establishment, to a given form of ecclesiastical order, to the aggregate of all Christian believers, and to a local company of Christian disciples associated in covenant for religious purposes. The latter is its common use in the New Testament. The Greek word ekklesia, rendered "church," is derived from a word meaning "called out," and is used to indicate a company called out from a larger and more general assembly or concourse of people. In the free Greek cities, it designated a company of persons possessed of the rights of citizenship, and charged with certain important functions of administration in public affairs, summoned, or called out, from the common mass of the people. In the New Testament, the ekklesia is a company of persons called out and separated from the common multitude by a Divine calling, chosen to be saints, invested with the privileges, and charged with the duties of citizenship in the kingdom of Christ. A Christian Church, therefore, according to the New Testament idea, is a company of persons Divinely called and separated from the world, baptized on a profession of their faith in Christ, united in covenant for worship and Christian service, under the supreme authority of Christ, whose Word is their only law and rule of life in all matters of religious faith and practice. Some Christian denominations include all their congregations in one comprehensive society, or ecclesiastical system, under some central authority, which legislates for and controls the whole. This comprehensive society they call the church. Thus we speak of the Roman Catholic Church, the Episcopal Church, the Presbyterian Church—where the word "church" stands for the aggregate of all their local societies. With Baptists it is different. They speak of Baptist churches, but not of the Baptist Church, when the entire denomination is meant. The Baptist Church would mean some one local congregation of baptized believers. Thus was it in Apostolic times. There was "the church in Jerusalem," "the church of the Thessalonians," "the church of Babylon," "the church of the Laodiceans"; but "the churches of Macedonia," "the churches of Asia," "the churches of Judea." A church, therefore, is not a system of congregations confederated under a general government, but a single local congregation of Christian disciples associated in covenant and meeting together for worship. In this sense the word is commonly, almost uniformly, used in the New Testament. Churches are Divinely instituted to be "the light of the world" and "the salt of the earth." They are ordained for the glory of God, as "the ground and pillar of the truth," in the proclamation of His Gospel and the establishment of His kingdom in the world. They are commissioned to preach the Gospel to men, and to live the Gospel before men, that Christ may be honored and sinners saved. They should, therefore, be constantly striving to realize the grand purpose of their existence and fulfill the mission of their high calling. That church which does the most to honor Christ and save man will be the most honored by Him, and the most influential and prosperous in all that pertains to the true functions of a church. And since a church, as a body, is what its individual members are in their religious life and influence, therefore each member should strive to become in holy living what He desires the church to be.