The Statistical Study of Literary Vocabulary 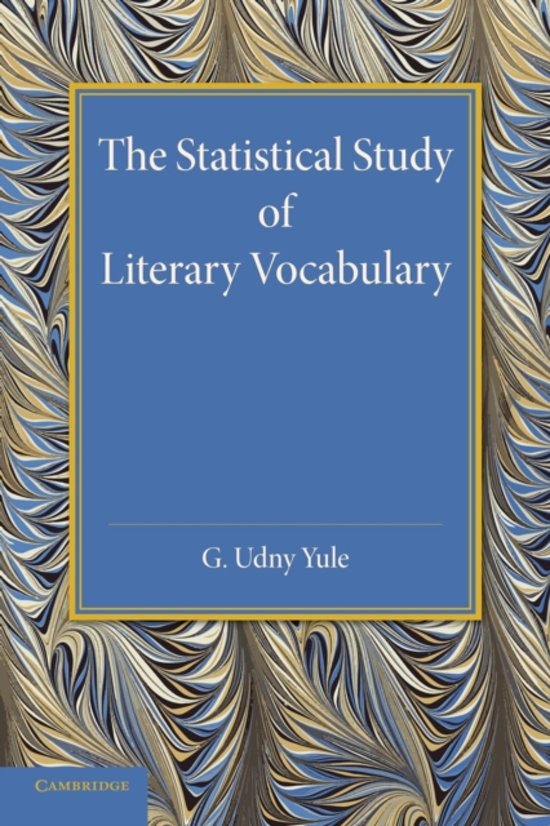 George Udny Yule (1871-1951) was a British statistician who was influential in the development of modern statistics. Originally published in 1944, this book was formed from Yule's interest in the controversy surrounding the authorship of De Imitatione Christi, a text generally attributed to Thomas a Kempis. The text presents a statistical analysis of the vocabulary used in De Imitatione Christi, comparing it to different works written by Thomas and works by other authors. In so doing, it moves into the broader territory of purely statistical questions regarding frequency distributions and sample sizes. This book will be of value to anyone with an interest in statistics and its relationship with literature.