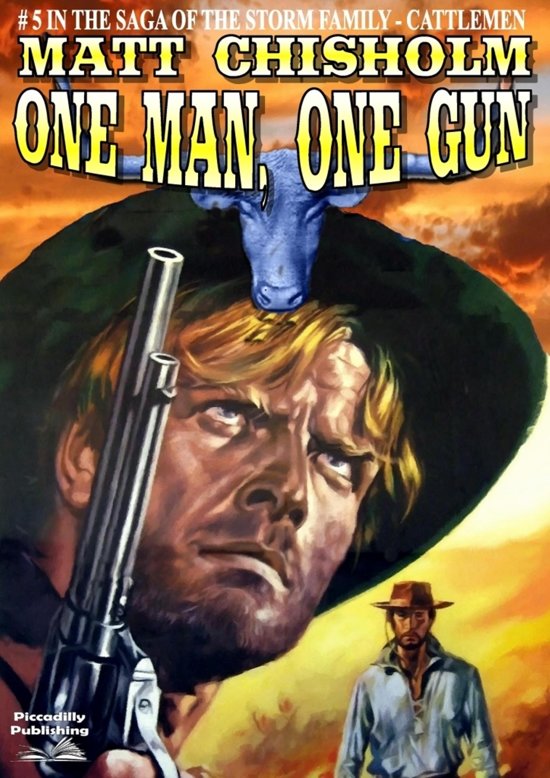 He rode hard and he rode tall, slamming his way along a wild Colorado trail, beset by Indians and tricked by a treacherous friend. Jody Storm fought with his fists and with his gun. He loved and lost and lived to love another day. He was a Storm down to the bottom of his boots, he challenged the world, thumbed his nose at danger and took on odds that would make a hero pale. 5th in the blazing cattlemen saga which the Daily Mirror in 1972 said of Matt Chisholm: ''..has one of the biggest world sales of any author - seven million in eleven countries have bought his tales..''