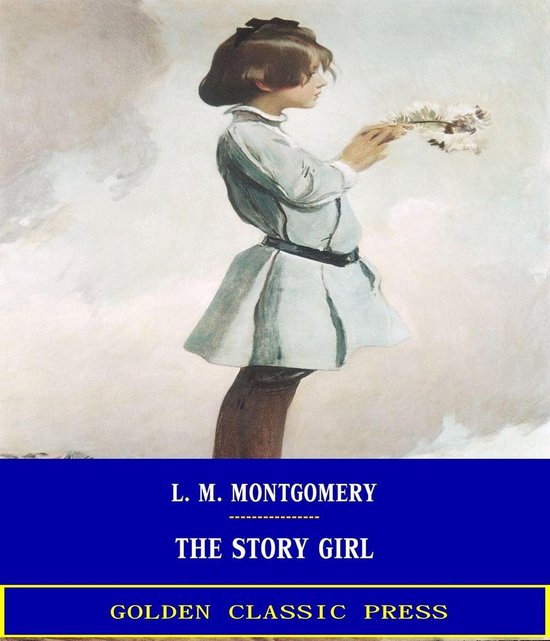 *** Original and Unabridged Content. Made available by GOLDEN CLASSIC PRESS***


Revealed to be a personal favorite by Montgomery herself, The Story Girl follows the lives of a group of young children as they experience a summer of charming and realistically clumsy adventures. Published in 1911, the novel explores themes of childhood innocence and its transience, while highlighting the value of intangible things which prove to be the very essence of life.


The novel begins when the young narrator Beverly King and his brother Felix are sent to stay with their Aunt Janet and Uncle Alec at their country estate over the summer, while their widowed father is away on business abroad. The two city boys arrive in the beautiful countryside on the idyllic Edward Prince Island, where they are then introduced to their cousins Felicity, Dan and Cecily, with whom they are to live with for the next few months. In addition they meet their other cousin Sara Stanley, who like them is without a mother and is the story girl referred to in the title. However, the group would be incomplete without their neighbor Sara Ray and hired boy Peter Craig, who also partake in frequent mischievous escapades. The group's days are filled with countless interesting incidents which occur even in the most ordinary of situations. Nevertheless, the most imaginative out of the colorful bunch is Sara Stanley, the story girl of the title, who entertains and enchants the rest of her cousins and friends with her vivid stories. Having an evident talent for words, the young storyteller brings to life many gripping tales, which she musters from numerous sources including fables, family history, legends, and myths, as she mesmerizes both young and old. Rich with imagination, the classic depicts each child in a different light, and endows them with individual characteristics which in turn prepare them for both the triumphs and failures they experience.


Montgomery's enthralling novel seems to have it all including petty squabbles, innocent mischief, and a heart-warming portrayal of the simplicities and complexities of life as shown through a child's point of view. Capturing the purity of childhood fantasies, The Story Girl is an uplifting story sure to bring back a few memories with its evocative imagery and language.