The Story of Job Every Man's Path to Paradise: Magnificent Metaphor of the Struggling Mind of Man as It Encounters God at Work in the World 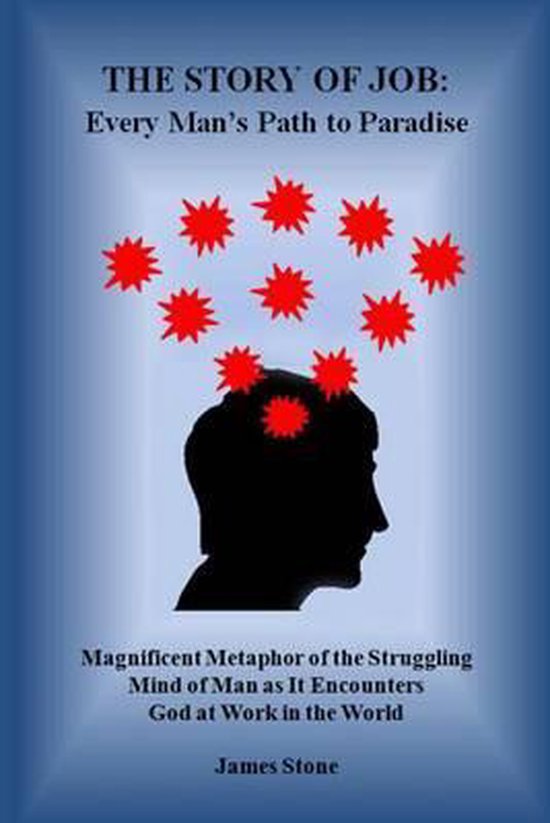 There is a place just beyond the horizon where the milk and the honey flow without reserve. Water surging down the mountain streams into the river of the valley is in bountiful supply. The plants of its fields, the herbs of its grass, and the trees within its boundaries are pleasant to the sight and good for food. In the valley, there is peace and joy where everything that happens is always just and right. Human words cannot express the majesty of the glory that permeates every hill, every plain, and every crevasse of the valley. It is a beautiful garden of Paradise where man can spend and enjoy the full days of his life.The grandeur of this magnificent garden drove a man many, many years ago to cry out that he would lay down his life to protect the essence of its glory. The response to that cry, however, was a simple question, “Will you?” Sadly, the reality of the man’s effort brought only denial, after denial, after denial when the opportunity came to make the sacrifice.Mercifully, the Expression of God entered into the inadequate effort of the struggling man. Reaching down to an uplifted hand, the visible Expression of God said, “Let not your heart be troubled: ye believe in God, believe also in me.” The story of Job, the story of every man, is the struggle to believe that the Expression of God can indeed take man to the place where he was intended to dwell.The story of Job began simply with, “There was a man in the land of Uz, whose name was Job; and that man was perfect and upright, and one that feared God, and eschewed evil” (Job 1:1). Although the beginning of Job sounds like the aspirations that most men desire to achieve, it is only the beginning of the story of Job. Mysteriously, the “good” produced by man for God must be replaced by the greater good produced by God in man. The story of Job is actually the story of how God brings man to the place of the greater good.The end of the story of Job reveals the greater good, experiencing the Garden of Paradise. The three fairest of the fair daughters of Job reveal the end for which all men were created. As was the custom of the day, Job named his first daughter to commemorate what was happening in his life at the time of her birth. The name Jemima means “warm affection.” Job now knew that he was being loved.The name of his second daughter, Kezia, means “to strip off, that is, (partially) scrape as to strip off the bark of a tree.” At this point in the life of Job, he had been stripped of the controlling influence of his intellect, his emotions, and his will. He had been delivered from his captivity. He has been brought to a place of completion (perfection).Job named his third daughter Karenhappuch. It means “horn of cosmetic.” Like a horn of plenty, Job was experiencing at this moment the abundance of the life of God. He knew the great Cosmetologist had beautified the experience of his life by placing him in the Garden of Delight, Paradise. Job heard God speak, the Expression of God, and he was taken to a wonderful mansion to spend the days of his life. The author of Job proclaimed, concerning Job’s arrival at the place where he was intended to dwell, “After this lived Job an hundred and forty years, and saw his sons, and his sons’ sons, even four generations. So Job died, being old and full of days” (Job 42:16, 17). The consummation of all our lives is to be brought to the place where we could live the days of our lives in soul-satisfaction (literal meaning of full of days). God brought Job to where he not only was experiencing God (as all men do), but also he was now able to know, to appreciate, and to revel in the joy of the life of God he was experiencing. The beginning of life (Genesis) had been brought to the end (Revelation) of life. It is the mystery of living in a physical world and yet being able “to eat of the Tree of Life, which is in the midst of the paradise of God.” This is the story of Job, the story of every man’s path to the Paradise of God.
Toon meer Toon minder