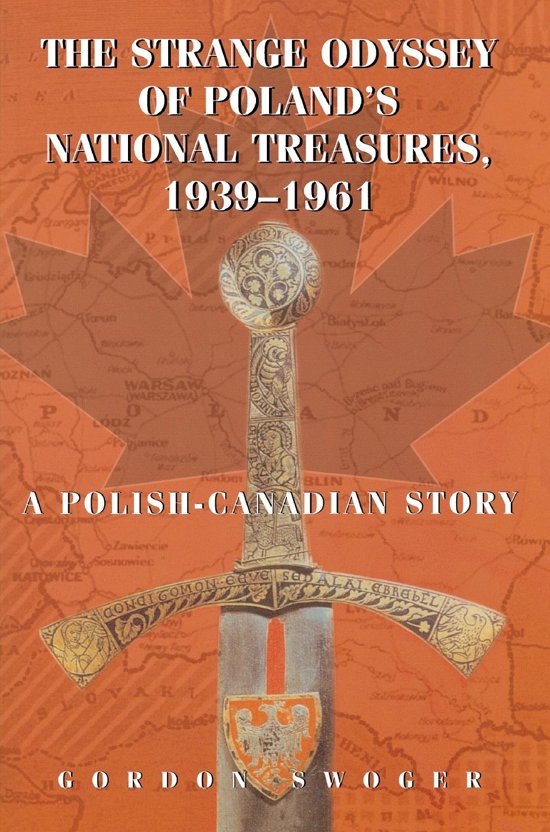 The Strange Odyssey of Poland's National Treasures, 1939-1961 tells the story of the Polish national treasures -their evacuation from their homeland under perilous conditions after the German invasion of Poland in September 1939 and their subsequent removal to western Europe and then to Canada. At the end of the war two Polish governments, a Communist one in Warsaw and a non-Communist one in London, vied for control of the national treasures. Before long the hierarchy of the Roman Catholic Church, the RCMP, and the Canadian and Quebec governments all became involved in the desperate hide-and-seek confrontation between the two Polish governments. Eventually, in February 1961, the release of the historic treasures was negotiated and they were returned to their native land, twenty-two years after their wartime departure. It was indeed a long voyage home!

(Gordon Swoger) retains the suspence, explains the riddles of Polish history, describes the valuable objects and the people who participated in this unusual enterprise. Swoger's Strange Odyssey belongs to a growing series of books published by non-Polish scholars and wrtiers who find and present a history of Poland as a fascinating topic, worth international attention and further studies. * University of Toronto Quarterly, Vol. 75, Number 1, Winter * ...it is a story of extraordinary private heroism, loyalty, deception, heartbreak, and betrayal. - Quill and Quire, April 2005