The Summary of the Boys in the Boat Based on the Book by Daniel James Brown: Nine Americans and Their Epic Quest for Gold at the 1936 Berlin Olympics 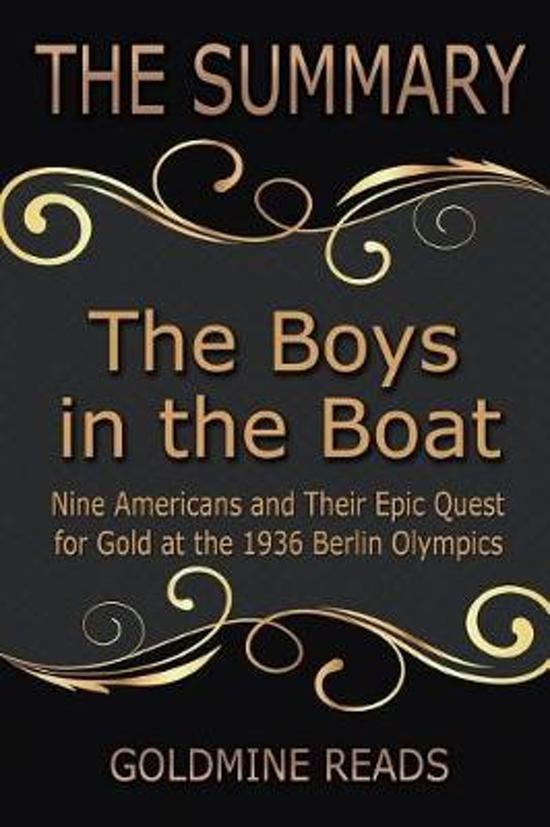 This book summary is created for individuals who want to flesh out the important contents and are too busy to go through the entire original book. This book is not intended to replace the original book.Daniel James Brown's The Boys in the Boat tells the true story of overcoming the insuperable and achieving the improbable. Brown's story recounts the glorious triumph of the nine American boys who revealed the face of true grit to the entire world during the 1936 Berlin Olympics.The University of Washington's eight-oar rowing team composed of boys from middle-class families: sons of farmers, shipyard workers, and loggers. Victory seemed out of reach even from the beginning, but no odds ever stopped them from defeating their rivals from the East Coast, the elite from Great Britain, and even the German rowing crew representing Adolf Hitler himself.The story's sentiment revolves around Joe Rantz's personal life. Running out of prospects with no family to turn to, young Joe's motivation stems from redeeming his ruined self-esteem and discovering his true place in this world.Enthralling and truly relatable, Brown's The Boys in the Boat tells of a quest for victory and salvation. It is founded on the boys' journals as well as their personal accounts of the phenomenal feat—a narrative about the era's remarkable triumph over great odds and finding the light in the dark when all hope seems lost.Wait no more, take action and get this book now!
Toon meer Toon minder

Extra groot lettertype
Nee
Subtitel
Based on the Book by Daniel James Brown: Nine Americans and Their Epic Quest for Gold at the 1936 Berlin Olympics
Thema Subject Code
SP