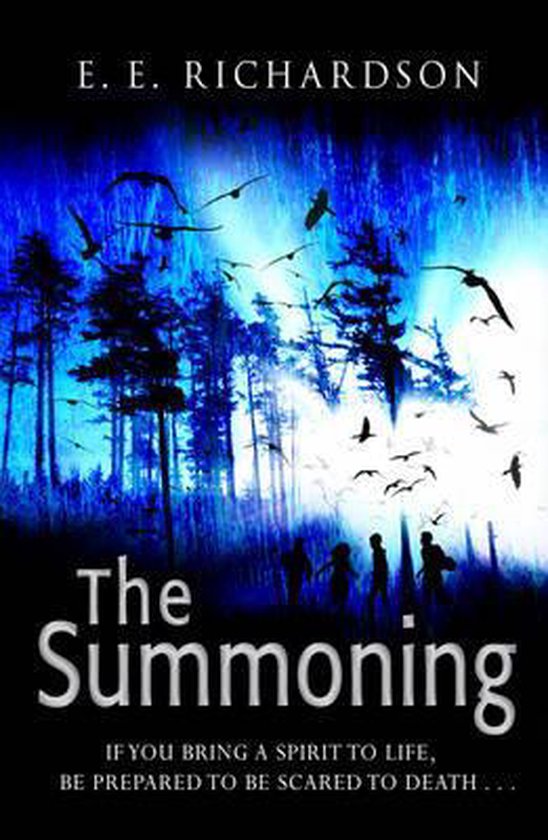 Justin hasn't ever really believed in the occult, even though his Grandpa Blake is an expert in it and has a house full of curious objects and old tattered books on magic. But when Daniel Eilersen, the class know-it-all, starts acting all high-and-mighty, Justin thinks he can scare him by performing a magic ritual from the ancient book he's stolen from his granddad's study. His friend Trevor, who always goes along with what Justin says and his little sister, Joy, complete the group. It's all about the atmosphere of course and Justin plans to give Eilersen a proper scare, but nothing will actually happen . . . Or will it . . .? On the old tennis court in the park, late one night, the four of them, unaware of the consequences of their actions, summon Dracherion, a malicious and dangerous spirit bent on revenge for being imprisoned in the ancient book by Grandpa Blake, years ago. Things go wrong and Dracherion breaks out of the circle designed to enclose him. The ritual has bound them to Dracherion and Justin, Joy, Trevor and Daniel know that the spirit will try and possess one of them so it can grow in strength and wreak its vengeance. A terrifying struggle follows as Dracherion grows stronger and stronger. It's a race against time to try and find a way of banishing the spirit out of this world. But how do they do that when one of them can't be trusted . . .?
Toon meer Toon minder