The Super-Sex Reformation of Pope Galileo 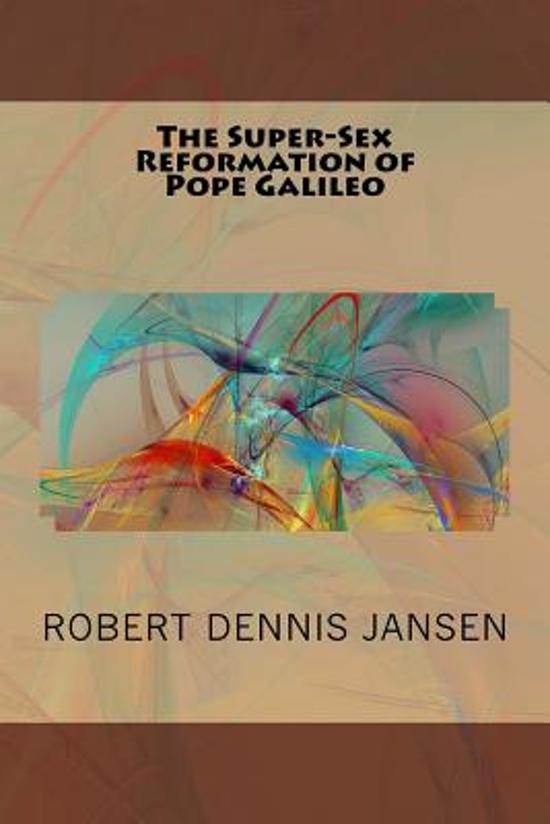 The Super-Sex Reformation of Pope Galileo is a novel about two Catholic priests in different parts of the world who independently become fed up with their Church’s miserable attitude toward sex. Of course, they are both unofficially censured for holding these heretical beliefs. One priest in San Francisco is quarantined by making him chaplain to a foundling home convent of deviant nuns, who he surreptitiously turns into sacred prostitutes to pay expenses. The other priest is a renegade bishop from Amsterdam who accidentally gets elected pope because the College of Cardinal’s sacramental wine is spiked with Ecstasy (i.e. MDMA). He chooses the unusual name, Galileo I (the First). Soon after the election, the two radical priests meet by chance in Rome, and together they spark a new reformation that puts unrestricted pleasurable sex into Catholicism much as it was in ancient pagan fertility religions. Sacred prostitute nuns, marrying priests, female priests, lay “sextants” and many other kinds of pagan sexual activities are officially inserted into the Catholic liturgy by means of “infallible” ex-cathedra papal encyclicals. Of course, the Catholic world goes crazy. But the attempt to put pagan sex and pleasure into Catholicism turns out to be much more complicated than reformers imagine, since many of the Church’s anti-sexual positions have insidiously worked their way into “secular” law and Protestant sects. And, of course, the newly married pope’s attempts are violently opposed by conservative Vatican forces: for the second time a man named Galileo is tried by the Catholic Inquisition.
Toon meer Toon minder