The Surprising Phenomenon of Human Communication 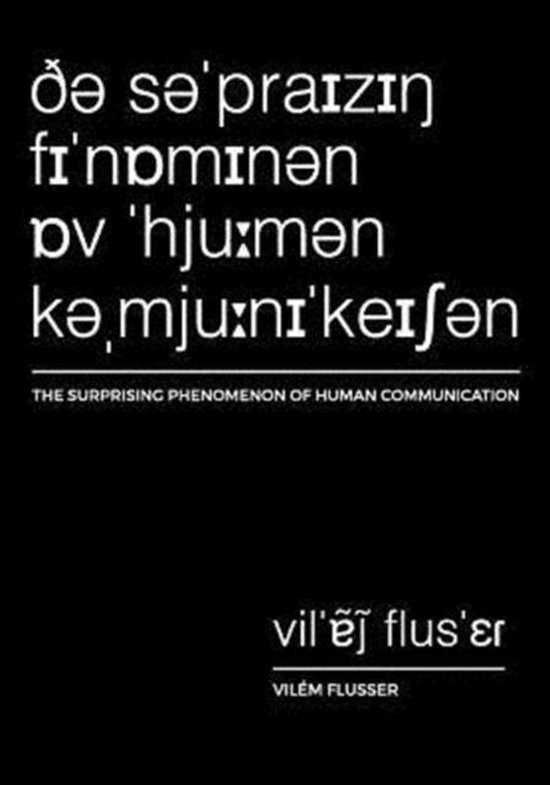 
Originally written in both English and French, The Surprising Phenomenon of Human Communication is a series of twelve essays that VilEm Flusser delivered as lectures in Aix-en-Provence, France, on several subjects ranging from communication media, memory, symbols, meaning, models, art, cybernetics, the Bible, and Brigitte Bardot.
Although written in 1975, this early phenomenological study of changing aesthetic, ethical, and epistemological models, and of the current fundamental revolution in the structure of human communication, is a visionary and provocative polemic that can help us understand, or at least, gain a better view of what is happening in the world around us today: big data, centralised media power, mass media conglomerates, political aesthetics etc.
Unpublished for almost forty years, The Surprising Phenomenon of Human Communication, now published for the first time, edited from VilEm Flusser's original English typescript, is not only an important work from the author's mid career, just before the development of his seminal theories on technical images and technical imagination, but it also forms a continuous link with his other titles of the same period: Natural: Mind, Gestures, Mutation in Human Relations, Post-History, Vampyroteuthis infernalis, and Towards a Philosophy of Photography.
Toon meer Toon minder