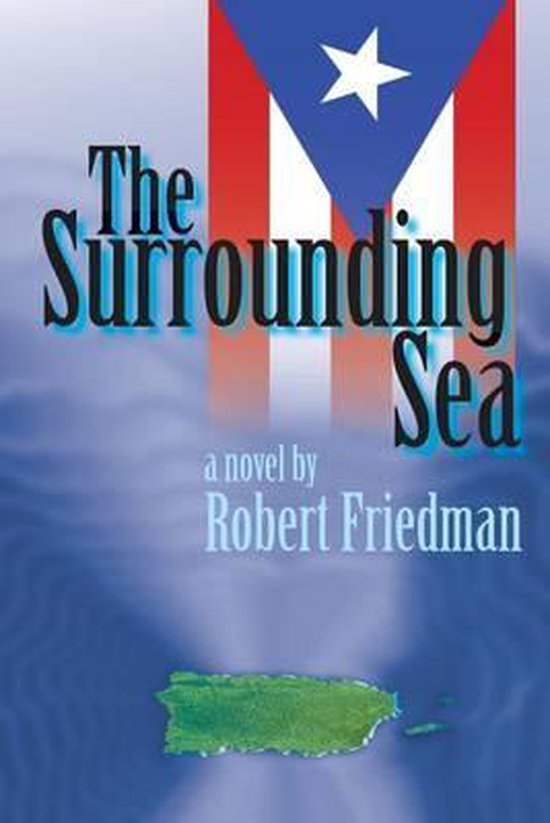 This is a joint publication of Floricanto and Berkeley Presses.The year is 2000 in Puerto Rico. Stevie Pérez and his girlfriend, Laura Rosario, have joined a student protest against the U.S. Navy’s bombing exercises that have caused illness, environmental damages anddeath on the offshore island of Vieques. The Riot Squad is called onto the campus to quell the protest and in the ensuing violence, Laura is hit by a stray bullet and killed.A grieving Stevie vows to keep Laura’s memory alive by creating a scholarship in her name. He is frustrated in attempts to get help in the community and decides to become a drug mule to obtain thescholarship money. After a few lucrative trips, he is set up in a drug theft. His 20-year-old life in danger,Stevie is forced to flee as the drug gang pursues him from the Bronx to San Juan to the mountain towns ofPuerto Rico. Along the way, Stevie learns hard truths about life, love and loss.Reviews of The Surrounding Sea:Robert Friedman’s powerful new novel grabs us on the very first page, and takes us on an exciting journey. The author lived for decades in Puerto Rico, where he worked as a journalist, and he demonstrates an intimate knowledge of the island and a deeply felt concern for its people. This is a gripping account of lost love, the temptations of the drug trade, the island’s complex relationship with the United States, the dual world of Puerto Ricans in the diaspora, and the struggle to survive in a difficult world. A truly memorable, touching story.—Kal Wagenheim, author, playwright and editor of The Puerto Ricans: A Documentary HistoryRobert Friedman weaves the different strains of Puerto Rican life during the last forty years into acompelling story of love, crime and colonial politics. Against the backdrop of the monumental effort to getthe U.S. Navy out of Vieques island at the turn of this century, he explores, with context and meaning, the island’s changing social mores, its horrifi c drug problem and the political ideals that survive from the past and still inflame today’s youth.—Carmen Dolores Hernández, literary critic, author of Puerto Rican Voices in EnglishROBERT FRIEDMAN was a reporter, columnist, city editor and Washington correspondent for the San Juan Star of Puerto Rico, as well as a specialcorrespondent for the New York Daily News. He is the author of three previously published novels about Puerto Rico, "Under a Dark Sun,""Shadow of the Fathers" and "Caribbean Dreams"
Toon meer Toon minder