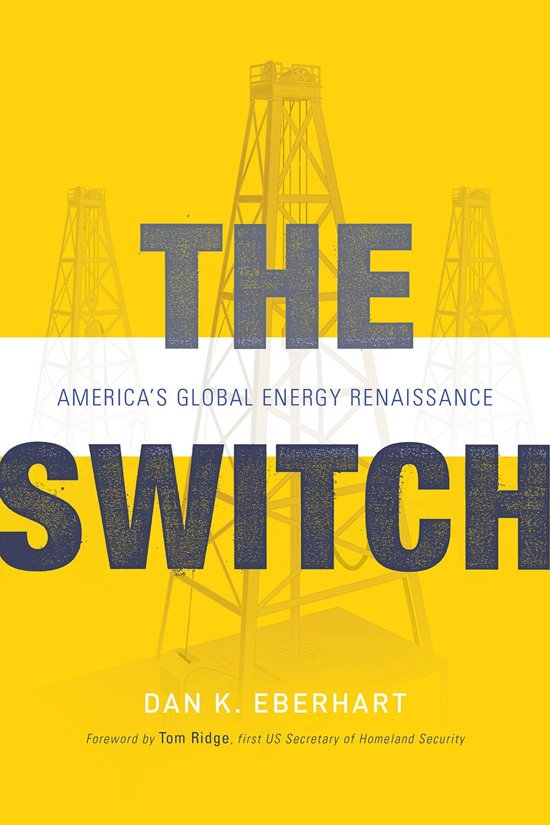 The Rebirth of Energy Security in America


​For the first time in decades, the US has a rare opportunity to realistically reject oil supplies from other nations. It's a goal that has eluded us through eight presidencies. But recent advances in hydraulic fracturing (or fracking) technology have catapulted the US into its current position as the world's #1 oil producer, surpassing energy powerhouses like Saudi Arabia.


In The Switch, Dan K. Eberhart addresses a fascinating question: What would happen if the US became energy self-sufficient?


• Would the Middle East look to China as its new ally and energy buyer?
• Would petrostates find new markets or would their governments collapse as their oil revenues take a free fall?
• Would the US lift the crude oil export ban and help friendly nations such as Ukraine free themselves from the yoke of Russian oil?
• Would the US use its newfound energy wealth to become more isolationist and remove itself from the position of "global police force?"


To answer these questions—and to explore the complex relationship between the US and foreign oil producers—Eberhart uses a combination of firsthand interviews, vignettes, and reporting. The result is a clear and engaging analysis of where America's energy is coming from, where it could go, and how US energy is fundamentally shifting geopolitics and the domestic economy.