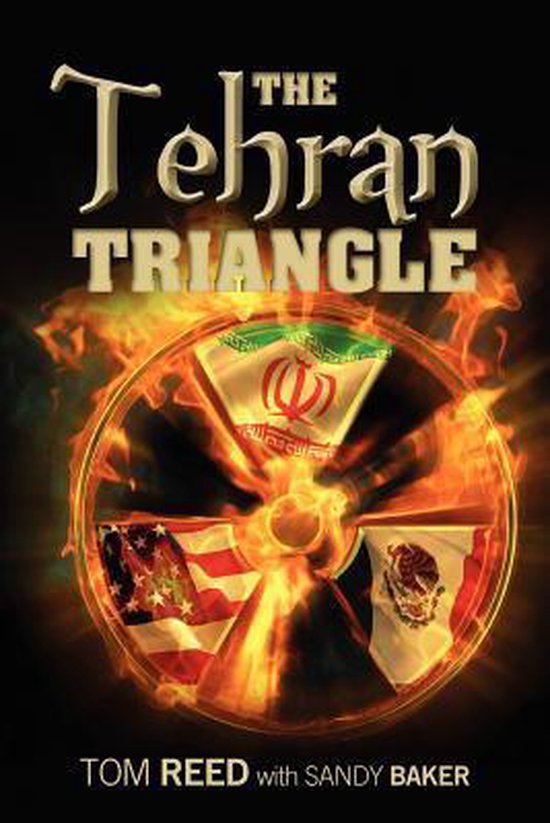 An aging Russian cargo plane descends to a remote airstrip in Kazakhstan. Its mission is a nightmare: exchange 1,300 pounds of gold for an equal amount of weapons-grade uranium-the first crucial step in an Iranian plot to build and detonate a nuclear bomb in the heartland of America. Col. Ashkan Gharabaghi, an officer of Iran's murderous Quds Force, stands near the runway, studying the aging plane's lumbering approach. Elizabeth Mallory watches, too. The brilliant young CIA agent has ridden Gunpowder over long stretches of desolate, fallout-poisoned Kazakh countryside to try to stop the export of the black market uranium. Time is short. The sun is setting. The nuclear bomb material sits at the end of the dusty runway, ready for loading. This is how Tom Reed's frighteningly real thriller, The Tehran Triangle, takes off. In his riveting first novel, Reed, a noted historian, fuses a lifetime's experience in nuclear weaponry and spy craft to a story deeply wedded to fact. The book's harrowing outcome will be remembered-and feared-long after it has been read. Reed is a former Secretary of the Air Force under two presidents and the youngest-ever Director of the National Reconnaissance Office, an organization so secret that its very existence was not revealed until the end of the Cold War. He plunges thriller fans into the harrowing chessboard of international surveillance and intelligence gathering. Farsi speaking Agent Mallory emerges as the CIA's point person on Iran. Gharabaghi rises in the Quds ranks, becoming a powerful colonel, sponsored by his long-time friend Mansoor Alizadeh, the President of the Iranian Republic. Mallory's perilous investigation of Iranian penetration of the US brings her to a most unlikely hub of terrorist activity-a machine shop servicing the oil and gas industry and owned by retired Air Force Sergeant Bum Bradley and his brother, Hiram. She discovers Col. Gharabaghi's evil scheme to recruit two American citizens of Iranian descent, engineer Rosincourt Sadr, and his girlfriend, Soroya Assad, to assemble the nuclear bomb. Step by step, Reed reveals how a religion's most extreme beliefs can drive even comfortable, well-educated American citizens into the fever grip of terrorism. Col. Gharabaghi orchestrates the plot from Chihuahua while Mallory urgently tries to counter his murderous moves from El Paso, right across the border. It is now July 2012. As the plot moves toward its furiously-paced conclusion, Mallory makes increasingly frantic efforts to sabotage the bomb, now rolling down railroad tracks toward the Trinity detonation site in New Mexico. The countdown culminates when Gharabaghi punches a code into his cell phone to set off the biggest terrorist strike in US history, triggering readers to ask, "What if?"
Toon meer Toon minder