The Tempest A Comedy 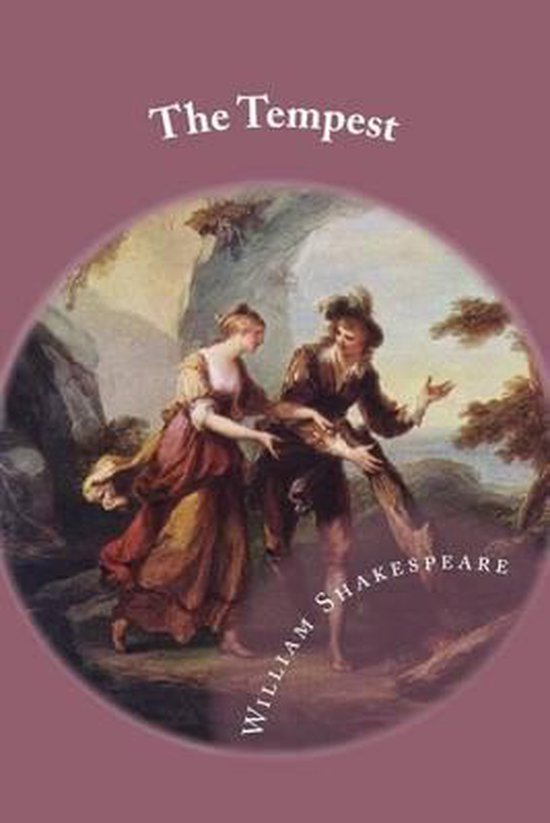 The Tempest is a play by William Shakespeare, believed to have been written in 1610–11, and thought by many critics to be the last play that Shakespeare wrote alone. It is set on a remote island, where Prospero, the rightful Duke of Milan, plots to restore his daughter Miranda to her rightful place using illusion and skillful manipulation. He conjures up a storm, the eponymous tempest, to lure his usurping brother Antonio and the complicit King Alonso of Naples to the island. There, his machinations bring about the revelation of Antonio's lowly nature, the redemption of the King, and the marriage of Miranda to Alonso's son, Ferdinand.There is no obvious single source for the plot of The Tempest, but researchers have seen parallels in Erasmus's Naufragium, Peter Martyr's De orbe novo, and eyewitness reports by William Strachey and Sylvester Jordain of the real-life shipwreck of the Sea Venture on the islands of Bermuda, and the subsequent conflict between Sir Thomas Gates and Sir George Somers. In addition, one of Gonzalo's speeches is derived from Montaigne's essay Of the Canibales, and much of Prospero's renunciative speech is taken word for word from a speech by Medea in Ovid's poem Metamorphoses. The masque in Act 4 may have been a later addition, possibly in honour of the wedding of Princess Elizabeth and Frederick V in 1613. The play was first published in the First Folio of 1623.The story draws heavily on the tradition of the romance, and it was influenced by tragicomedy and the courtly masque and perhaps by the commedia dell'arte. It differs from Shakespeare's other plays in its observation of a stricter, more organised neoclassical style. Critics see The Tempest as explicitly concerned with its own nature as a play, frequently drawing links between Prospero's "art" and theatrical illusion, and early critics saw Prospero as a representation of Shakespeare, and his renunciation of magic as signalling Shakespeare's farewell to the stage. The play portrays Prospero as a rational, and not an occultist, magician by providing a contrast to him in Sycorax: her magic is frequently described as destructive and terrible, where Prospero's is said to be wondrous and beautiful. Beginning in about 1950, with the publication of Psychology of Colonization by Octave Mannoni, The Tempest was viewed more and more through the lens of postcolonial theory—exemplified in adaptations like Aimé Césaire's Une Tempête set in Haiti—and there is even a scholarly journal on post-colonial criticism named after Caliban. Because of the small role that women play in the story, The Tempest has not attracted much feminist analysis. Miranda is typically viewed as having completely internalised the patriarchal order of things, thinking of herself as subordinate to her father.The Tempest did not attract a significant amount of attention before the closing of the theatres in 1642, and only attained popularity after the Restoration, and then only in adapted versions. In the mid-19th century, theatre productions began to reinstate the original Shakespearean text, and in the 20th century, critics and scholars undertook a significant re-appraisal of the play's value, to the extent that it is now considered to be one of Shakespeare's greatest works.
Toon meer Toon minder