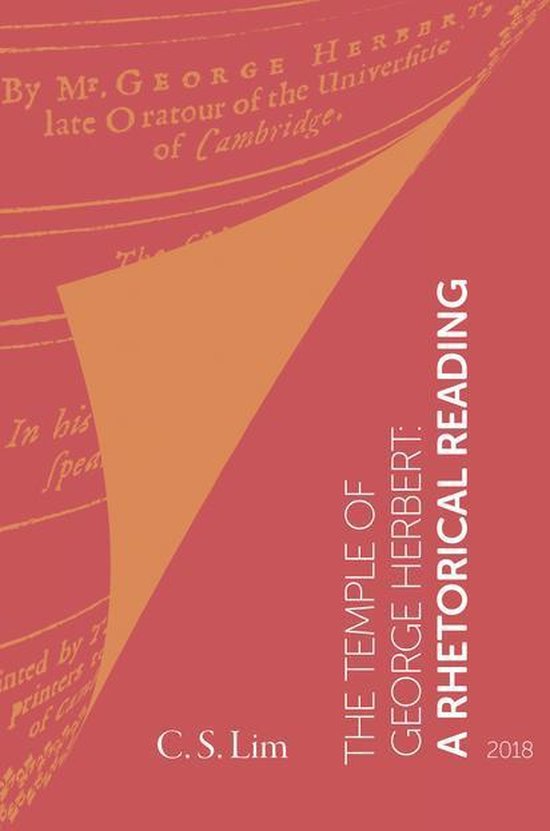 Professor C. S. Lim had a fondness for the metaphysical poets of the seventeenth century. A devout Christian, he loved the poetry of Donne, Marvell, and especially George Herbert. Lim found the poems beautiful, and he had a fascination for the themes of God and death and love. He began a dissertation in 1973 as a postgraduate student at the University of Malaya, Kuala Lumpur. Lim died from cancer in 2011, and his wife, Rema Lim, published this little-known thesis that offers a rhetorical reading of Herberts The Temple and contributes to the understanding of the man himself. Praise for The Temple of George Herbert C.S. Lims remarkable study of George Herberts poetry goes a long way in reaffirming the importance of rhetoric in the literary world of seventeenth-century poets. Written forty years ago, it exhibits a kind of scholarship and insight that has become rare these days. Professor Lims analysis of the poems in The Temple shows the depth of Herberts rhetorical studies and also provides important insights into the nature of poetic language in the English Renaissance. The work also touches upon John Wesleys adaptations of Herberts poems. Professor Amlan DasGupta, Department of English, Jadavpur University, Kolkata 700032, India