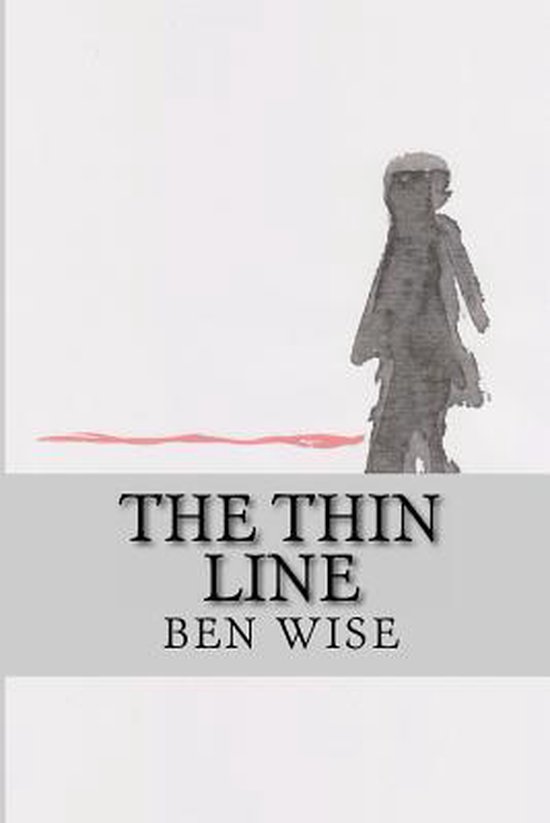 "The Thin Line", through cross narratives often layered one on top of the other, leaps between gray and gloomy industrial Tel-Aviv, Israel, where a family of three once had a chance, and Los Angeles, the sunny 'City of Angels', where there is still a fighting hope of possibility. Nikko Akur, who hails from a shielded family in Tel-Aviv, reluctantly finds himself a police operative who becomes sucked into a seemingly inescapable life of crime. After participating in a robbery that culminated in three deaths, Nikko is asked to testify as a criminal and keep his informant past a secret. His death is staged and he is shipped, through the pipelines of the witness protection program, to Los Angeles with a new identity and an unspoken warning; his wife, Julia, and son, Maor, are to be left behind as leverage. The threat is clear… Julia sees Nikko's closed casket lowered to the ground, weeps below gray skies for her beloved, their shattered dreams, the disgrace that she must now face, and for their son. Where did she go wrong? They were just two kids loving and dreaming. There was a sense of danger to him, a sexy edge. Did Maor inherit it? The gene? Julia prepares to take a journey into her past, visiting the places that might hold the answers. Slowly, she begins uncovering the dark criminal world that had consumed her husband.Nikko, now aliased Pauli, adjusts to life in downtown Los Angeles. Starting anew with a clean slate, he opens a liquor store. He befriends Dmitry Bulgakarov. But following a dangerous pool hall fight in which guns are drawn, and after his store is burned down, he is once again knee deep in the life he had so desperately wanted to relinquish. Like a sick déjà vu, Pauli is approached by Bill, an FBI task force agent, who provides him with an ultimatum; become an informant and infiltrate Dmitry’s mob family, or…Julia sinks deeper. She finds strange bank accounts and questions that begin to surface. She meets Max who ran around in the same gang as her dead husband. But even Max bobs between two worlds with a hidden agenda that will eventually tear him apart. Pops Bulgakarov, head of a Mafia conglomerate, is approaching the end of an era. On the eve of his seventieth birthday, Pops is pushed by his wife Anna to give it all up. It’s time to hand over the reigns to Yevgeniy, their eldest son. But Pops has risen to and remained at the top using his instincts, the same instincts screaming that Yevgeniy is not ready; no, rather, he’s just not right. Meanwhile, the stranger with no past, Pauli, has entered the family’s world gaining Dmitry’s respect, Yevgeniy’s distrust and turning Alex, their little sister, head over heels. Under the watchful eye of the FBI, Pauli needs to do wrong and right, living a double life just like the wife he left behind...Julia, the devoted mom in the morning who takes care of her son with passion and gently helps them both heal their loss, and Julia, undercover and desperate to do anything for answers. Charlie, her only confidante and her best friend through university, will help Julia concoct a new persona and be ready to enter the ruthless crime den run by Amram, Tel-Aviv's underworld king. Amran, too, has a nagging feeling itching in his fingertips that something isn’t right, that Nikko isn’t dead. In a world run by men, Julia not only needs to prove herself and convince them to trust her, but also to stay clearly focused on her path as unofficial detective while convincing her family that she’s a trustworthy mother. Each one will attempt to shape their separate destinies. But is the past something you can wash clean? Or does it shape your inevitable future?
Toon meer Toon minder