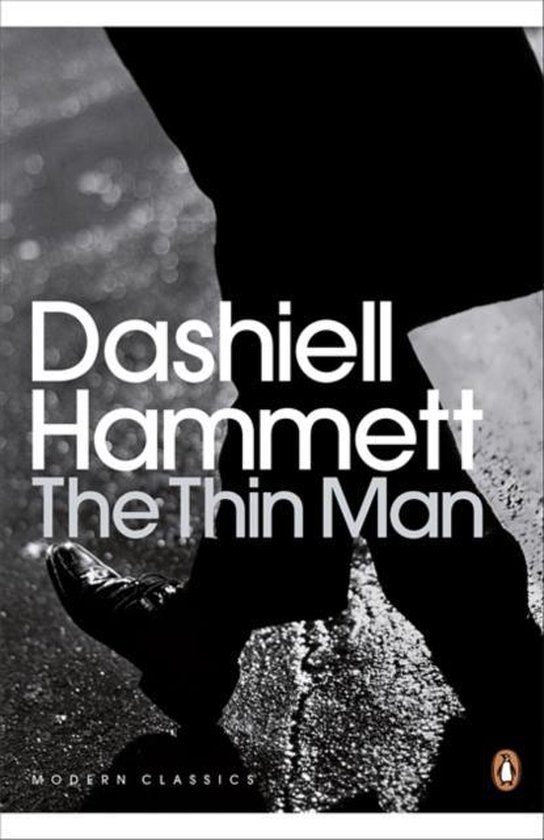 Dashiell Hammett (1894-1961), a master of the hard-bolied detective fiction, was the author of  The Maltese Falcon,  The Thin Man, and the Continental Op stories, among other celebrated works.
Alles van Dashiell Hammett

The last novel from the unsurpassed master of American detective fiction, Dashiell Hammett's The Thin Man is a genre-defining mystery novel, published in Penguin Modern Classics. Ex-detective Nick Charles plans to spend a quiet Christmas holed up in a hotel suite with his glamorous wife Nora, their pet Schnauzer and a case of good Scotch. But then a bullet-riddled corpse and a missing inventor (not to mention the attentions of a beautiful young woman) force him out of retirement and back into business. Trying to make sense of false leads, suspicious alibis and mistaken identities, Nick and Nora are thrown into a world of gangsters, hoodlums and speakeasies, where no-one can be trusted. Dashiell Hammett was credited with inventing the hardboiled crime novel, and this story of murder and mayhem in Manhattan, with its breakneck plot, snappy dialogue - and the hard-drinking, wisecracking couple Nick and Nora - is one of his most thrillingly enjoyable mysteries. Dashiel Samuel Hammett (1894-1961) was born on a farm in southern Maryland, and grew up in Philadelphia and Baltimore. He left school at the age of fourteen, and after various jobs became an operative for Pinkerton's Detective Agency. The First World War intervened, and Hammett soon turned to writing, becoming, during the 1920s, the unquestioned master of detective-story fiction in America. The Maltese Falcon (1930), The Thin Man (1932) and The Glass Key (1931) are among his most famous novels. If you enjoyed The Thin Man, you might like Raymond Chandler's The Big Sleep and Other Novels, also available in Penguin Modern Classics. 'The ace performer' Raymond Chandler, author of The Big Sleep 'The exuberance of language, the relish with which seediness is described ... it's a pleasure to imagine Hammett cutting loose with whatever rascally high jinks he could cook up' Margaret Atwood, author of The Blind Assassin
Toon meer Toon minder