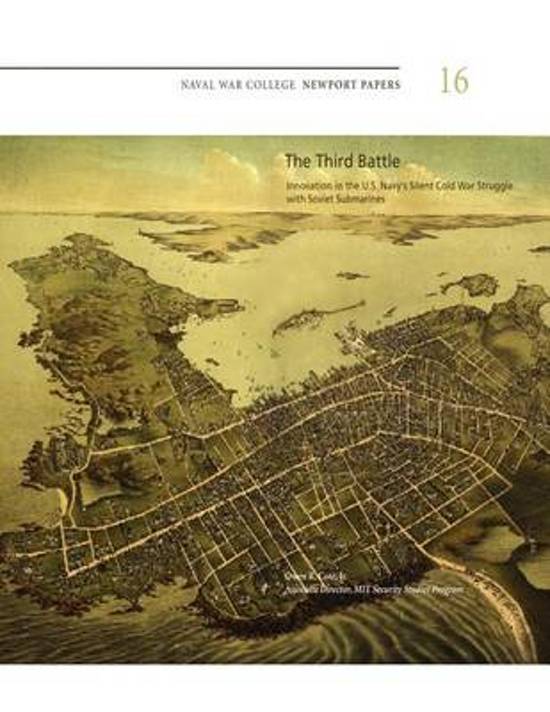 In a manuscript developed under the editorial leadership of Dr. Thomas B. Grassey, then Press editor, Dr. Cote argues that the U.S. Navy’s innovative response to the Soviet submarine fleet during the Cold War represents the third great battle for control of the seas in the 20th century. Technology was always the key factor in the continuing seesaw peacetime race between the two superpowers. Dr. Cote, Associate Director of the Security Studies Program at the Massachusetts Institute of Technology, provides a critical groundbreaking perspective on this battle—quite different from the two that preceded it. During the two world wars, the then new and revolutionary submarine threatened the ability of the major naval powers to gain decisive control of the sea. In peacetime, the Allied powers were unable, or perhaps ultimately basically reluctant, to prepare innovative and effective measures to counter submarine use. In war, they then faced unrestricted submarine warfare and the attending significant losses. Those antisubmarine measures that were eventually developed were short-lived because of the close technological arms race between the combatants. It was only with the development in the mid-1980s of truly quiet Soviet nuclear submarines that the U.S. Navy decisively confronted the antisubmarine warfare challenge. Cote details the events leading to that point and presents a critical study of technological innovation with clear implications for challenges in the 21st century. This latest Newport Paper, the sixteenth in the generic series established in 1991, reflects the talents of the many who worked toward its production. David Chapman of Chapman and Partners, Warren, Rhode Island, is responsible for the overall design; the creative searching of Elizabeth Davis led to the discovery of the Newport map that will be the series’ signature cover. Patricia Goodrich edited the manuscript with grace and style, under the thoughtful eye of Pelham Boyer, Managing Editor. Naval War College, Newport Papers.
Toon meer Toon minder