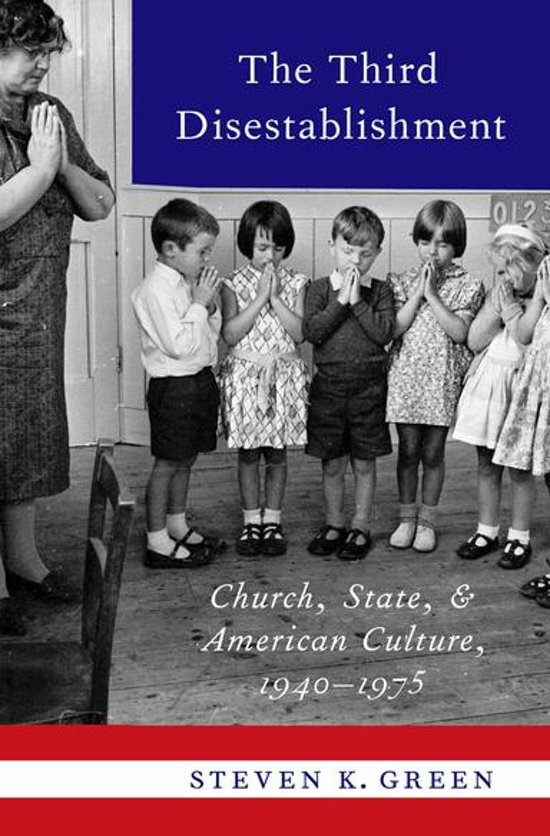 In 1947, the Supreme Court embraced the concept of church-state separation as shorthand for the meaning of the Establishment Clause of the First Amendment. The concept became embedded in Court's jurisprudence and remains so today. Yet separation of church and state is not just a legal construct; it is embedded in the culture. Church-state separation was a popular cultural ideal, chiefly for Protestants and secularists, long before the Supreme Court adopted it as a constitutional principle. While the Court's church-state decisions have impacted public attitudes--particularly those controversial holdings regarding prayer and Bible reading in public schools--the idea of church-state separation has remained relatively popular; recent studies indicate that approximately two-thirds of Americans support the concept, even though they disagree over how to apply it. In the follow up to his 2010 book The Second Disestablishment, Steven K. Green sets out to do examine the development of modern separationism from a legal and cultural perspective. The Third Disestablishment examines the dominant religious-cultural conflicts of the 1930s-1950s between Protestants and Catholics, but it also shows how other trends and controversies during mid-century impacted both judicial and popular attitudes toward church-state separation: the Jehovah's Witnesses' cases of the late-30s and early-40's, Cold War anti-communism, the religious revival and the rise of civil religion, the advent of ecumenism, and the presidential campaign of 1960. The book then examines how events of the 1960s-the school prayer decisions, the reforms of Vatican II, and the enactment of comprehensive federal education legislation providing assistance to religious schools-produced a rupture in the Protestant consensus over church-state separation, causing both evangelicals and religious progressives to rethink their commitment to that principle. Green concludes by examining a series of church-state cases in the late-60s and early-70s where the justices applied notions of church-state separation at the same time they were reevaluating that concept.