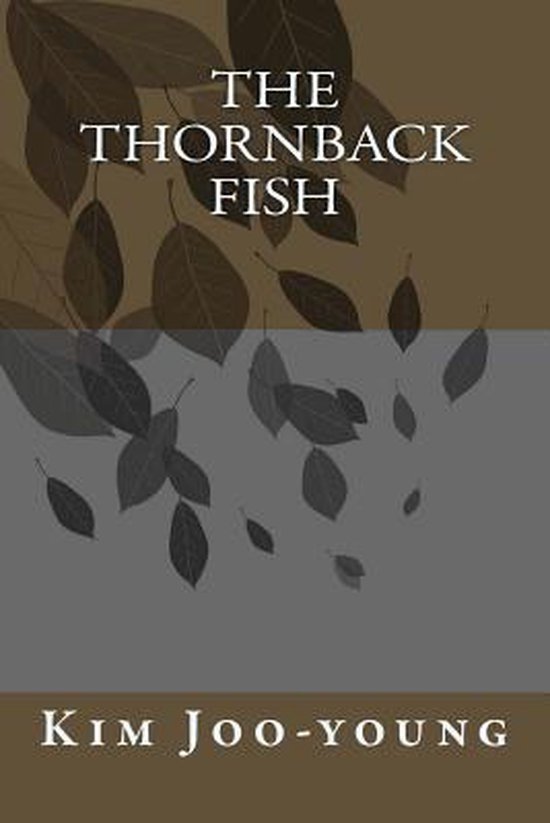 The Thornback Fish is an English translation of the Korean novel, Hong-O. It was translated by Ae-cha Ko and the late Daniel Friedlander. It was originally written by Kim Joo-young. Kim Joo-young is one of Korea's best selling authors. Hong-O has sold around 250,000 copies since its publication in January of 1998. The English name of this novel is The Thornback Fish and runs a little over 100,000 words. Our translation won the Daesan Foundation Grant for Literary Translation, the highest award in Korea for literary translation at the time. Upon its publication, the novel won the Daesan Foundation Award for Literary Excellence (roughly equivalent to the Pulitzer Prize in the US). The author, Kim Joo-young, received a $25,000 prize.The novel examines the hardships and sacrifices that a woman would have been forced to make in the Korea of the past as an intrigue part of the novel. The work is also a Bildungsroman of a thirteen-year old boy growing up in a mountain village just after the Korean Civil War. As Sae-young's Mother struggles to keep the household that her husband has abandoned, Sae-young, the thirteen-year-old hero and narrator of The Thornback Fish, rises above the depression and poverty and want surrounding him through the beauty of his imagination. As others suffer through the pains and passions of separation from their loved ones and the longing for their return, Sae-young projects the inner love and beauty within himself onto the rich, bountiful world he envisions. He experiences love for the first time through the feelings he develops for Saam-Nyeah, a vagabond who breaks into the family's house one morning to escape a snowstorm. The time is post-Civil War Korea (the late 1950s). The setting is a rural village, high in the Taebaek Mountains of southeastern South Korea. The Thornback Fish is a quest for unconditional friendship, the desperate longing for companionship, and the story of how individuals, isolated and alone, ultimately rise above the lingering damage of abandonment and find their way back to the warmth of humanity. Sae-Young?s love for Saam-Nyeah emphasizes this theme and causes him to grow and mature in the course of the novel. The Thornback Fish might be generally described as The Private World of Walter Mitty meets the Waltons. The story takes place in and around a small mountain village in Korea during the late 1950s, a time when the Korean nation is struggling to recover from the havoc of the Korean War. It is, therefore, a time of great wanting, both physically and spiritually. The theme of wanting and loss and how people deal with their feelings of emptiness is the central theme of the novel.Nature is an important part of this novel, as the actions of the characters mimic the behavior of both the wild and domestic animals surrounding them. The romantic attachments that the animals make closely resemble those of the characters in the novel. Another aspect of nature’s role is snow, which serves to metaphorically unite the many different feelings and impulses that Sae-young’s mother is experiencing. The novel’s greatest strength lies in its “neutrality.” It isn’t overly “Korean” in its perspective but deals with more universal themes. Themes with which people from any society or culture will be able to easily relate.
Toon meer Toon minder