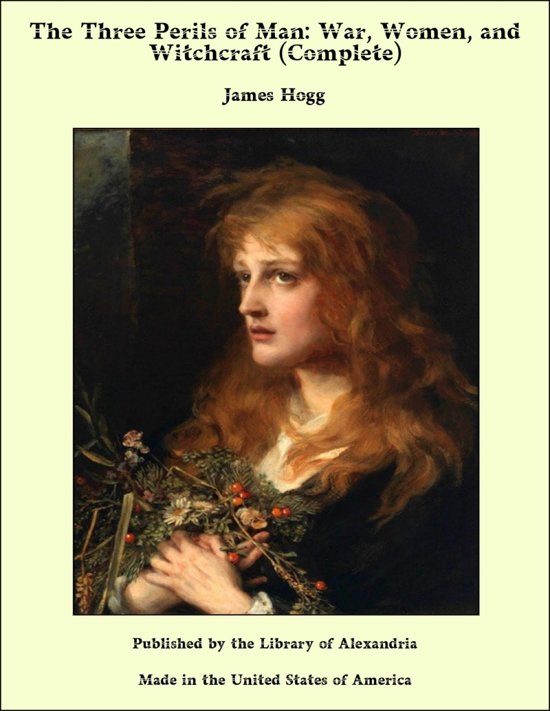 James Hogg (1770-1835) was a Scottish poet and novelist. A growing enthusiasm for Scottish poetry led to the publication of his dialect Scottish Pastorals in 1801, and to the friendship of Sir Walter Scott. In later years he published a number of volumes of verse, encouraged by Scott, and in 1824 his masterpiece, The private Memoirs and Confessions of a Justified Sinner.
Alles van James Hogg
Toon meer Toon minder

The days of the Stuarts, kings of Scotland, were the days of chivalry and romance. The long and bloody contest that the nation maintained against the whole power of England, for the recovery of its independence,—of those rights which had been most unwarrantably wrested from our fathers by the greatest and most treacherous sovereign of that age, with the successful and glorious issue of the war, laid the foundation for this spirit of heroism, which appears to have been at its zenith about the time that the Stuarts first acquired the sovereignty of the realm. The deeds of the Douglasses, the Randolphs, and other border barons of that day, are not to be equalled by any recorded in our annals; while the reprisals that they made upon the English, in retaliation for former injuries, enriched both them and their followers, and rendered their appearance splendid and imposing to a degree that would scarcely now gain credit. It was no uncommon thing for a Scottish earl then to visit the Court at the head of a thousand horsemen, all splendidly mounted in their military accoutrements; and many of these gentlemen of rank and family. In court and camp, feats of arms were the topic of conversation, and the only die that stamped the character of a man of renown, either with the fair, the monarch, or the chiefs of the land. No gentleman of noble blood would pay his addresses to his mistress, until he had broken a spear with the knights of the rival nation, surprised a strong-hold, or driven a prey from the kinsmen of the Piercies, the Musgraves, or the Howards. As in all other things that run to a fashionable extremity, the fair sex took the lead in encouraging these deeds of chivalry, till it came to have the appearance of a national mania. There were tournaments at the castle of every feudal baron and knight. The ploughmen and drivers were often discovered, on returning from the fields, hotly engaged in a tilting bout with their goads and plough-staves; and even the little boys and maidens on the village green, each well mounted on a crooked stick, were daily engaged in the combat, and riding rank and file against each other, breaking their tiny weapons in the furious onset, while the mimic fire flashed from their eyes. Then was the play of Scots and English begun, a favourite one on the school green to this day. Such was the spirit of the age, not only in Scotland, but over all the countries of southern Europe, when the romantic incidents occurred on which the following tale is founded. It was taken down from the manuscript of an old Curate, who had spent the latter part of his life in the village of Mireton, and was given to the present Editor by one of those tenants who now till the valley where stood the richest city of this realm.
Toon meer Toon minder