The Times A Comedy in Four Acts 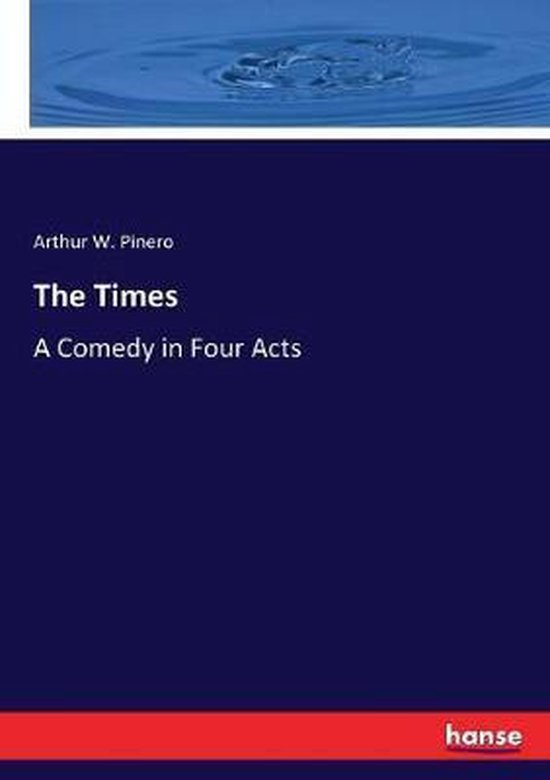 From the author's Introductory Note.

I HAVE long hoped that the time would arrive when an English dramatist might find himself free to put into the hands of the public the text of his play simultaneously with its representation upon the stage. Interesting as might be the publication of a play subsequent to its withdrawal from the boards of a theatre, it has seemed to me that the interest, would be considerably enhanced if the play could be read at the moment when it frit solicited the attention of the playgoer, the consideration of the critic. Such a course, I have felt, were it adopted as a custom, might dignify at once the calling of the actor, the craft of the playwright. It would, by documentary evidence, when the play was found to possess some intrinsic value, enable the manager to defend his judgment, while it would always apportion fairly to actor and author their just shares of credit or of blame. It would also offer conclusive testimony as to the condition of theatrical work in this country.

It will hardly be denied that there exists in certain places the impression that an English play is a haphazard concoction of the author, the actor, and the manager; that the manuscript of a drama, could it ever be dragged, soiled and dog-eared, from the prompter's shelf, would reveal itself as a dissolute-looking, formless thing, mercilessly scarred by the managerial blue pencil and illuminated by those innumerable interpolations with which the desperate actors have helped to lift the poor material into temporary, unhealthy popularity. The publication of plays concurrently with their stage-production, in the exact shape—save for the excision of technical stage-directions—in which they have left the author's hands, can hardly fail, therefore, to be of some value to the English theatre at large. The recent readjustment of the laws of International Copyright at length enables me to offer a Book of the Play to the public after the method which I believe to be most serviceable to the theatre—a 'method which i trust may be pursued by some of my brother playwrights.

It chances that the first work which I find myself able to present under these altered conditions is one which in its design is a comic play—which essays to touch with a hand not too heavy some of the surface faults and follies of the hour. It lays bare no horrid social wound, it wrangles over no vital problem of inextricable perplexity. If an unsightly cicatrice appears to be momentarily exposed, it will be found upon examination 'to be comparatively the merest freckle; if any question be raised, it is only the old, often asked question—Can the depths be sounded of ignorance, of vulgarity of mina, of vanity, and of self-seeking?...
Toon meer Toon minder