The Tipping Point How Little Things Can Make A Big Difference 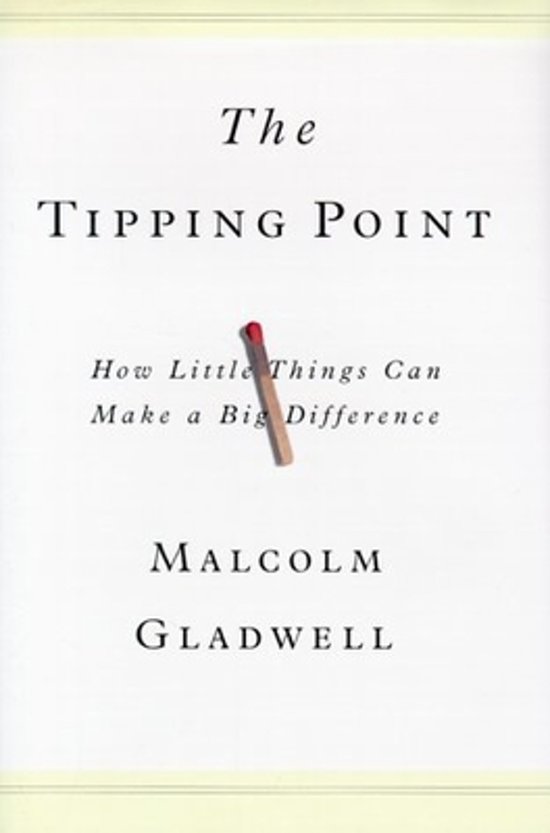 This celebrated New York Times bestseller - now poised to reach an even wider audience in paperback - is a book that is changing the way Americans think about selling products and disseminating ideas.

The best way to understand the dramatic transformation of unknown books into bestsellers, or the rise of teenage smoking, or the phenomena of word of mouth or any number of the other mysterious changes that mark everyday life, writes Malcolm Gladwell, is to think of them as epidemics. Ideas and products and messages and behaviours spread just like viruses do. Although anyone familiar with the theory of mimetics will recognise this concept, Gladwell's The Tipping Point has quite a few interesting twists on the subject. For example, Paul Revere was able to galvanise the forces of resistance so effectively in part because he was what Gladwell calls a Connector : he knew just about everybody, particularly the revolutionary leaders in each of the towns that he rode through. But Revere wasn't just the man with the biggest Rolodex in colonial Boston , he was also a Maven who gathered extensive information about the British. He knew what was going on and he knew exactly whom to tell. The phenomenon continues to this day--think of how often you've received information in an e-mail message that had been forwarded at least half a dozen times before reaching you. Gladwell develops these and other concepts (such as the stickiness of ideas or the effect of population size on information dispersal) through simple, clear explanations and entertainingly illustrative anecdotes, such as comparing the pedagogical method Hip and hopeful, THE TIPPING POINT is like the idea it describes: concise, elegant but packed with social power. George STEPHANOPOULOS
Toon meer Toon minder