The Tower of Babble Sins, Secrets and Successes Inside the CBC 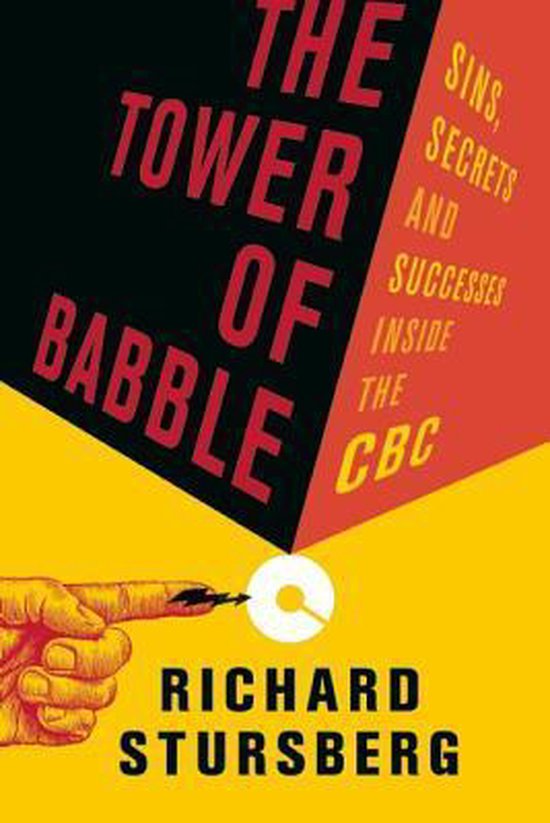 The CBC is a national obsession. Everyone has an opinion on it. It's too left-wing; it's too right-wing. It's too commercial; it's too boring. The CBC mirrors, reflects and magnifies all the tensions within Canada. The debate about its direction and focus is the debate about what matters to the country.

In 2004, CBC television had sunk to its lowest audience share in its history and Radio 2's audiences were on life support. That same year, Richard Stursberg, an avowed popularizer with a reputation for radical action, was hired to run English services.

With incisive wit and a flare for anecdote, Stursberg tells the story of the struggle that resulted, a struggle that lasted for six turbulent and controversial years. It's the fascinating story of the attempt to transform the CBC into a broadly popular, audience-focused organization. It is a story about shows, stars, flops, hits, arguments, deals, successes and failures. It is a story that was fought in labour disputes, the press, the board and the government.

Shortly after Stursberg arrived, the corporation locked out the employees for two months. He was characterized as a thug and a spineless rat. Four years later, he signed the most harmonious labour contract in the history of the company. He lost the television rights for the 2010-12 Olympic Games, the Canadian Football League, curling and the Hockey Night in Canada song. He won the biggest NHL contract in history, secured the World Cup of Football and produced the biggest sports audiences in decades.

He had unprecedented ratings successes - Little Mosque on the Prairie, Dragon's Den and Battle of the Blades. He had terrible flops. He rebuilt the news -- making Peter Mansbridge stand up -- and was roundly criticized for ''Americanizing it.'' He cut 400 jobs and enjoyed the highest levels of trust and support from CBC staff. He antagonized Canada's cultural elites, the media and politicians. He enjoyed the best ratings for radio, television and online in CBC's history.

He fought endless wars with the President and the Board about the direction of the Corporation and ultimately was dismissed.

It is the story of the best mirror we have to show us who we are.
Toon meer Toon minder