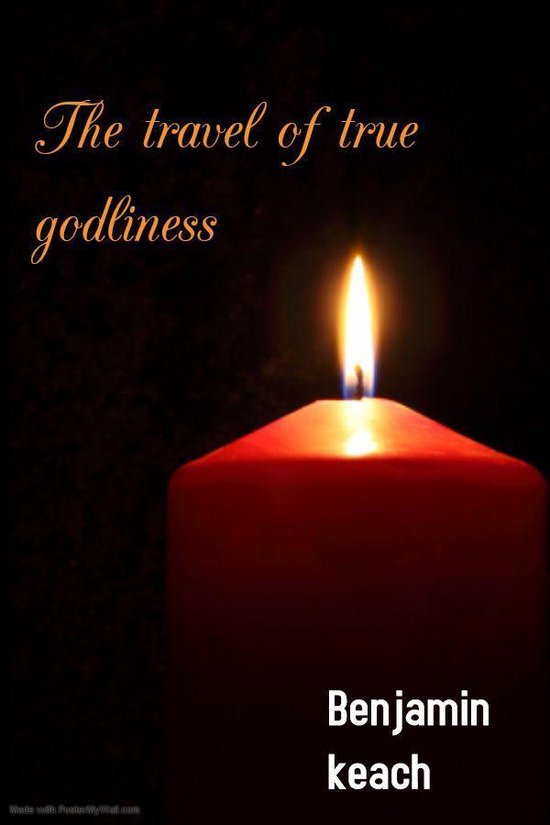 True Godliness being a great stranger to most men, and indeed known but by few I shall, in the first place, before treating of his Travels, and of the entertainment he meets with, give you a description of him. Many persons are subject to so great an error, as to take Morality for him: same have mistaken Counterfeit Godliness for him; and others, either through ignorance or malice, rail and ignominiously call him Singularity, Stubbornness, Pride or Rebellion. These last declare him not fit to live, being a seditious disturber of peace and order, wherever he comes; yea, such a factious and quarrelsome companion, that he is indeed the cause of all those unhappy differences, divisions, troubles, and miseries, with which the world abounds. I conclude, therefore, that nothing is more necessary, than to take off that mask which his implacable enemies have put upon him, and clear him of all the slanders, and reproaches of the sons of Belial. When he is thus made to appear in his own original and spotless innocency, it will be seen that none need be afraid of him, or be unwilling to entertain him, or ashamed to own him, and make him their bosom companion.


Know, therefore, in the first place, that Godliness consists in the right knowledge of divine truths, or fundamental principles of the Gospel, which all men ought to know, and be established in, that would be saved. "Without controversy, great is the mystery of godliness. God manifested in the flesh, justified in the spirit, seen of angels, preached unto the Gentiles, believed on in the world, and received up to the glory." 1 Tim. iii. 16. You see from this text, that the great truths of the Christian religion, are called Godliness.


Now, should any demand to hear more particularly what are those principles of divine truth, or fundamentals of the Christian faith, which are the essentials of "True Godliness," I answer,


That there is one eternal, infinite, most holy, most wise, just, good and gracious God, or glorious Deity, subsisting in three distinct persons—the Father, the Son, and the Holy Ghost; and these are one—that is, one in essence.


That this God, out of his great love and goodness, hath given us one sure, and infallible rule of faith and practice, viz. the Holy Scriptures, by which we may know, not only that there is a God and Creator, but the manner of the creation of the world, together with the design, or reason, wherefore he made all things ; and also how sin came into the world, and what righteousness it is which God requires, to our justification, or discharge from the guilt of sin, etc. viz. by a Redeemer—his own Son, whom he sent into the world. There is no other rule or way to know these things, so as for men to be saved, but by revelation, or the sacred records of the holy Scriptures the mystery of salvation being far above human reason, and to be known by the natural light in men.


That our Redeemer, the Lord Jesus Christ, who is the surety of the new covenant, and only Mediator between God and man, is truly God of the essence of the Father, and truly man of the substance of the virgin Mary, consisting of these two natures in one person; and that redemption, peace, and reconciliation, are by this Lord Jesus Christ alone.


That justification and pardon of sin are alone by that full satisfaction which Christ made to God's justice; and are apprehended by faith alone, through the Holy Spirit.


That all men who are, or can be saved, must be renewed, regenerated, and sanctified by the Holy Spirit.


That there will be a resurrection of the bodies of all men at the last day.


That there will be an eternal judgment that is, all shall be brought to the tribunal of Jesus Christ in the great day, and give an account for all things done in the body; and that there


will be a future state of glory and eternal happiness of all true believers, and of eternal torment and misery of all unbelievers and ungodly persons, who live and die in their sins.


Now, I say, in the true knowledge and belief of these principles (which comprehend the fundamentals of true religion, or the Christian faith) does True Godliness consist, as to his essenticed part.