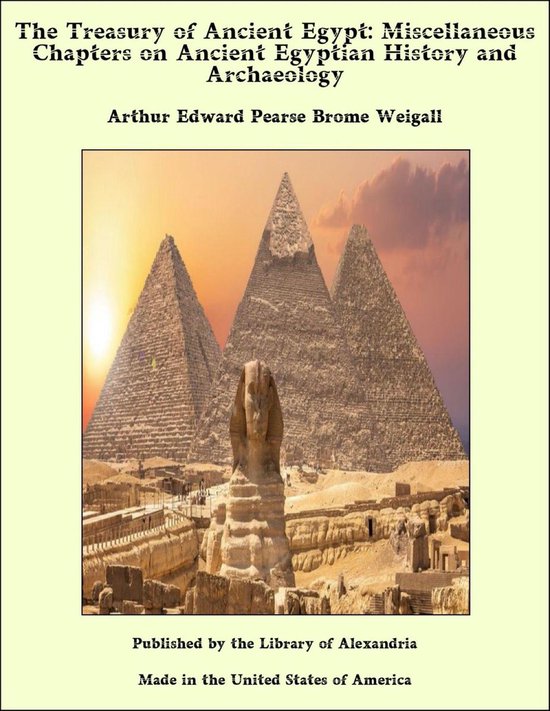 The archæologist whose business it is to bring to light by pick and spade the relics of bygone ages, is often accused of devoting his energies to work which is of no material profit to mankind at the present day. Archæology is an unapplied science, and, apart from its connection with what is called culture, the critic is inclined to judge it as a pleasant and worthless amusement. There is nothing, the critic tells us, of pertinent value to be learned from the Past which will be of use to the ordinary person of the present time; and, though the archæologist can offer acceptable information to the painter, to the theologian, to the philologist, and indeed to most of the followers of the arts and sciences, he has nothing to give to the ordinary layman. In some directions the imputation is unanswerable; and when the interests of modern times clash with those of the past, as, for example, in Egypt where a beneficial reservoir has destroyed the remains of early days, there can be no question that the recording of the threatened information and the minimising of the destruction, is all that the value of the archæologist's work entitles him to ask for. The critic, however, usually overlooks some of the chief reasons that archæology can give for even this much consideration, reasons which constitute its modern usefulness; and I therefore propose to point out to him three or four of the many claims which it may make upon the attention of the layman. In the first place it is necessary to define the meaning of the term ''Archæology.'' Archæology is the study of the facts of ancient history and ancient lore. The word is applied to the study of all ancient documents and objects which may be classed as antiquities; and the archæologist is understood to be the man who deals with a period for which the evidence has to be excavated or otherwise discovered. The age at which an object becomes an antiquity, however, is quite undefined, though practically it may be reckoned at a hundred years; and ancient history is, after all, the tale of any period which is not modern. Thus an archæologist does not necessarily deal solely with the remote ages. Every chronicler of the events of the less recent times who goes to the original documents for his facts, as true historians must do during at least a part of their studies, is an archæologist; and, conversely, every archæologist who in the course of his work states a series of historical facts, becomes an historian. Archæology and history are inseparable; and nothing is more detrimental to a noble science than the attitude of certain so-called archæologists who devote their entire time to the study of a sequence of objects without proper consideration for the history which those objects reveal. Antiquities are the relics of human mental energy; and they can no more be classified without reference to the minds which produced them than geological specimens can be discussed without regard to the earth. There is only one thing worse than the attitude of the archæologist who does not study the story of the periods with which he is dealing, or construct, if only in his thoughts, living history out of the objects discovered by him; and that is the attitude of the historian who has not familiarised himself with the actual relics left by the people of whom he writes, or has not, when possible, visited their lands. There are many ''archæologists'' who do not care a snap of the fingers for history, surprising as this may appear; and there are many historians who take no interest in manners and customs. The influence of either is pernicious.