The Turbulent Tide A Historical Novel of the Russian Revolution 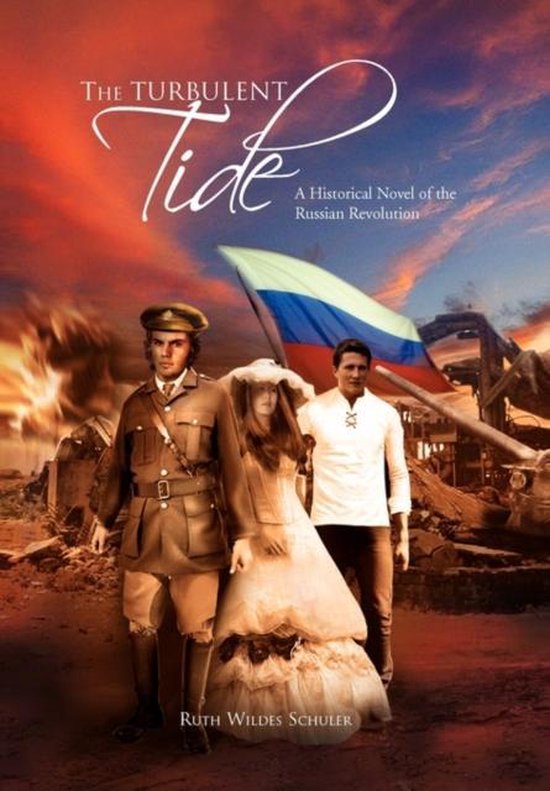 The Turbulent Tide centers around the story of Katrina, who is orphaned at eight years old, and is taken to live with an aunt and uncle that she has never met. She finds that her aunt and cousins do not want her, and she flees into the surrounding woods where she meets a young peasant boy who befriends her. He explains though that they can never be friends. However, a bond is formed that lasts through the years.


The novel shows the contrast of the luxurious life style of the aristocracy and the hard laboring existence of the peasants. As Katrina matures, three men fall in love with her -- the peasant boy of her childhood, a handsome wealthy young aristocrat, and a monk. She is torn between these men of very different backgrounds. The First World War erupts and both the peasant and aristocrat go off to war, but when the revolution explodes, the two men join on opposite sides of the fight. Katie is force to flee across the Soviet Union to escape the dreaded Cheka who is exterminating the aristocracy. She contracts typhus and her life is saved by the young monk. Eventually she is betrayed by a loved one and ends up behind the prison walls of the secret police, but is eventually rescued by a loved one.


Woven around the fictional characters are the stories of the Russian Royal family, their deaths and their secret burial, and also the assassination of the dreaded monk, Rasputin, and the digging up of his remains and the secret hiding them where they would never to be found.


There is the story of the wild orphans who ran across the landscape, pilfering and committing violence of those in their way, the hooligans that walked on stilts and dressed themselves in glittering paint to frighten and rob the helpless in the streets. All the characters in the book had their lives turned up side down by the turbulent tide that swept across Russia. Some did not survive it, but others eventually picked up their lives once the previous barriers of class, wealth, and the differences in religion and political beliefs were swept away, allowing the characters to be free to claim their chance for survival and love.