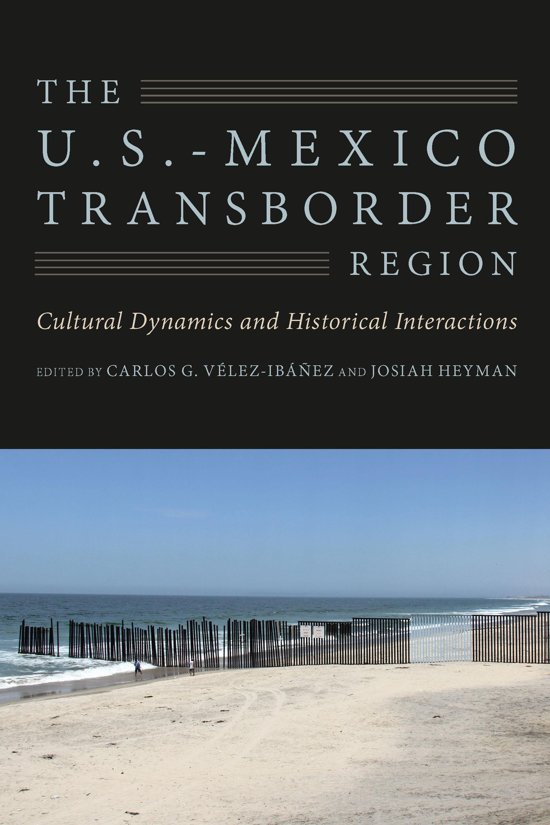 The U.S.-Mexico Transborder Region presents advanced anthropological theorizing of culture in an important regional setting. Not a static entity, the transborder region is peopled by ever-changing groups who face the challenges of social inequality: political enforcement of privilege, economic subordination of indigenous communities, and organized resistance to domination.


The book, influenced by the work of Eric Wolf and senior editor Carlos G. Vélez-Ibáñez, centers on the greater Mexican North/U.S. Southwest, although the geographic range extends farther. This tradition, like other transborder approaches, attends to complex and fluid cultural and linguistic processes, going beyond the classical modern anthropological vision of one people, one culture, one language. With respect to recent approaches, however, it is more deeply social, focusing on vertical relations of power and horizontal bonds of mutuality.


Vélez-Ibáñez and Heyman envision this region as involving diverse and unequal social groups in dynamic motion over thousands of years. Thus the historical interaction of the U.S.-Mexico border, however massively unequal and powerful, is only the most recent manifestation of this longer history and common ecology. Contributors emphasize the dynamic "transborder" quality—conflicts, resistance, slanting, displacements, and persistence—in order to combine a critical perspective on unequal power relations with a questioning perspective on claims to bounded simplicity and perfection.


The book is notable for its high degree of connection across the various chapters, strengthened by internal syntheses from notable border scholars, including Robert R. Alvarez and Alejandro Lugo. In the final section, Judith Freidenberg draws general lessons from particular case studies, summarizing that "access to valued scarce resources prompts the erection of human differences that get solidified into borders," dividing and limiting, engendering vulnerabilities and marginalizing some people.


At a time when understanding the U.S.-Mexico border is more important than ever, this volume offers a critical anthropological and historical approach to working in transborder regions.