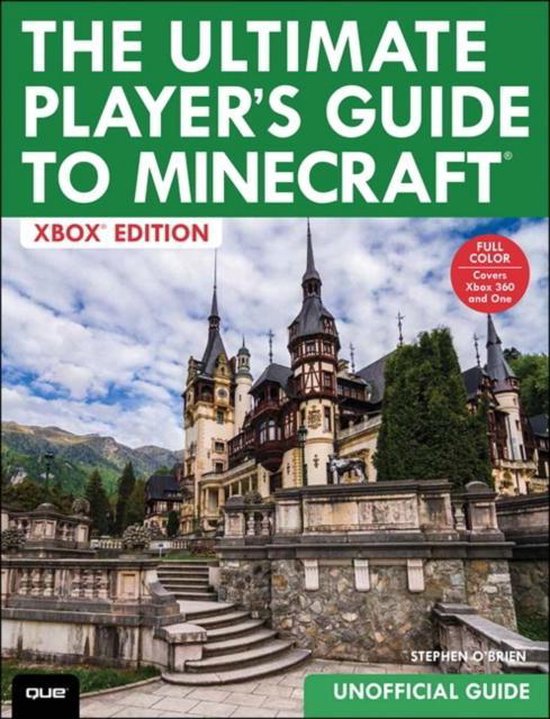 The Ultimate Player's Guide to Minecraft XBOX Edition Minecraft: These worlds are YOURS! Minecraft is WAY more than a game: it's an alternate universe of creation, exhilaration, survival, adventure, passion! Don't enter that universe alone. Take an experienced guide who'll help you constantly as you learn the secrets of Minecraft on the Xbox 360 and Xbox One! Stephen O'Brien has been obsessing over Minecraft since its earliest betas. He's seen it all! Now, he'll take you deep inside craft and mine, cave and menagerie, farm and village. He'll reveal combat traps and tricks you need to know... teach you enchantments of unimaginable power... help you survive where few dare to go... help you OWN the infinite worlds of Minecraft! Based on the international best-seller of the same name, this book is ideal for Minecrafters of all ages. Quick-start guide for first-night survival to get started NOW Customize your experience: monstrous, peaceful, and more Harvest resources, craft tools and shelters-let there be light Grab your pickaxe: mine iron, gold, diamonds, and redstone Escape (or defeat!) 14 types of hostile mobs Get friendly mobs on your side and build automated farms Brew potions to cure ills, gain superpowers, and throw at enemies Transform your shelter into a palace (or a secret underwater base) Create customized worlds with unique seeds Learn the secrets of redstone devices, and build incredible rail systems Play safely through The Nether and The End Play with up to eight of your friends on Xbox Live, or run in splitscreen mode Stephen O'Brien is an Australian-born writer and entrepreneur now residing in Sydney after too many years in Silicon Valley. He has written more than 30 books, including several best-sellers. O'Brien founded Typefi, the world's leading automated publishing system, and in his spare time invented a new type of espresso machine called mypressi. He's a perpetual innovator who remains astounded at the unparalleled creativity Minecraft can engender.
Toon meer Toon minder