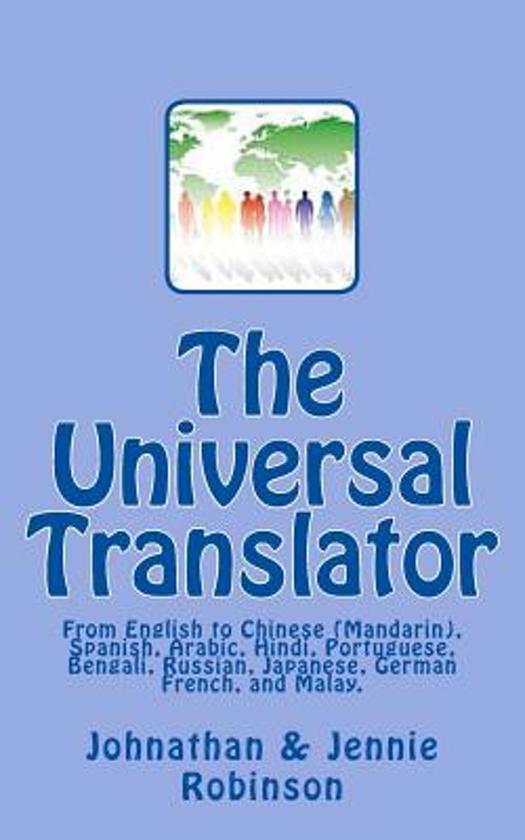 The Universal Translator is a unique pocket-size translator that will enable it's readers to communicate in the most widely spoken languages in the world (English, Mandarin Chinese, Spanish, Arabic, Hindi, Portuguese, Bengali, Russian, Japanese, German, French and Malay). The vast majority of people in the world speak at least one of these languages. Imagine how wonderful it would be to be able to communicate with people anywhere in the world. The importance of being able to communicate with people gave rise to the idea to create the Universal Translator. Due to a lack of time, most people will not learn to speak more than one or two languages fluently. This can be a problem when there is a need and desire to interact with people from different parts of the world. There is a necessity to use a shortcut to aid in vital communication. The Universal Translator was created to provide the fastest route to communication. What separates it from typical phrase books is that technical details are ignored. This pocket translator simply provides the most common sentences and phrases used in social and business interactions, written as they would be if they were English words. This way one can focus on actual communication rather than differences in alphabets, grammar and pronunciation.This book allows people to perform basic social and business communication wherever they may find themselves in the world. This guide will be useful for travelers, business people and all citizens of the world.
Toon meer Toon minder