The Unknown Lineman / the Lighter Side of the NFL 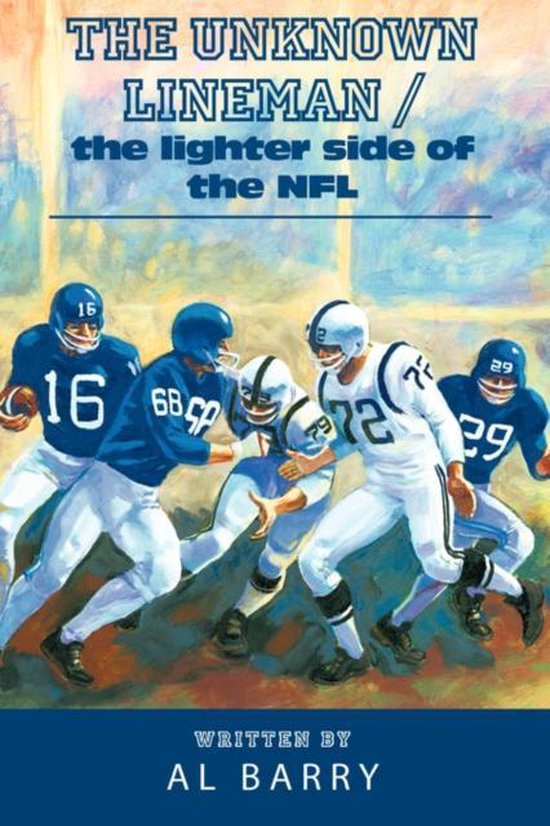 This book takes you back to the 1950s and allows you to relive the beginning of the modern era of the NFL through the eyes of an unknown lineman Al Barry. Join me to learn what it was like to live in The Big Apple, practice and play in Yankee Stadium in the late '50s with many of the best football players and coaches of all time. Personalities like Vince Lombardi, Tom Landry, Frank Gifford, Rosy Grier, Sam Huff, Emlen Tunnell, Pat Summerall, Don Maynard, Charley Conerly, Andy Robustelli, Don Chandler, Kyle Rote, and Jack Kemp to name a few of our 1958 New York Giants football team. In December 1993, former president, Richard Nixon, was eating dinner at Club 21 in New York City. This was also the site of the 35th year reunion of the players and coaches of the NFL Championship Game of 1958 (New York Giants vs. Baltimore Colts). As we were entering the restaurant, Jack Kemp, a backup quarterback on the 1958 Giants, heard from the maitre de that Nixon was dining there. Kemp, who was to become Republican nominee for vice president on the Dole- Kemp ticket in 1996, stopped off to pay his regards and asked Nixon if he would like to come up after dinner and talk to the players. Nixon was a big football fan and he remembered the 1958 game in great detail and said he would be pleased to come up and visit with us. President Nixon was very gracious. He shook each player's hand and introduced himself to the spouses and then talked for about 15 minutes. He ended his remarks by telling us that, in his opinion, the real unsung heroes of pro football are the offensive linemen. Although Rosy Grier, from the defensive line, vehemently disagreed, the offensive centers, guards, and tackles all cheered. This experience started me thinking about writing a book about the unsung heroes, the infantry of the football wars, the players who almost never score a touchdown or catch a pass, but have, personal wars with the players in front of them every play of the game.
Toon meer Toon minder