The Unwritten Literature of Hawaii The Sacred Songs of the Hula 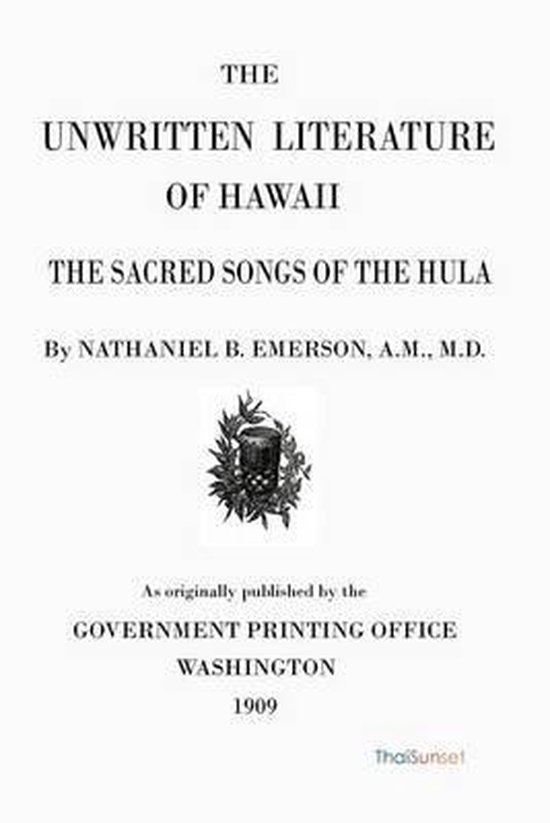 The Hawaiians, it is true, were many removes from being primitives; their dreams, however, harked back to a period that was close to the world's infancy. Their remote ancestry was, perhaps, akin to ours--Aryan, at least Asiatic--but the orbit of their evolution seems to have led them away from the strenuous discipline that has whipped the Anglo-Saxon branch into fighting shape with fortune.If one comes to the study of the hula and its songs in the spirit of a censorious moralist he will find nothing for him; if as a pure ethnologist, he will take pleasure in pointing out the physical resemblances of the Hawaiian dance to the languorous grace of the Nautch girls, of the geisha, and other oriental dancers. But if he comes as a student and lover of human nature, back of the sensuous posturings, in the emotional language of the songs he will find himself entering the playground of the human race.The hula was a religious service, in which poetry, music, pantomime, and the dance lent themselves, under the forms of dramatic art, to the refreshment of men's minds. Its view of life was idyllic, and it gave itself to the celebration of those mythical times when gods and goddesses moved on the earth as men and women and when men and women were as gods. As to subject-matter, its warp was spun largely from the bowels of the old-time mythology into cords through which the race maintained vital connection with its mysterious past. Interwoven with these, forming the woof, were threads of a thousand hues and of many fabrics, representing the imaginations of the poet, the speculations of the philosopher, the aspirations of many a thirsty soul, as well as the ravings and flame-colored pictures of the sensualist, the mutterings and incantations of the kahuna, the mysteries and paraphernalia of Polynesian mythology, the annals of the nation's history--the material, in fact, which in another nation and under different circumstances would have gone to the making of its poetry, its drama, its opera, its literature.
Toon meer Toon minder